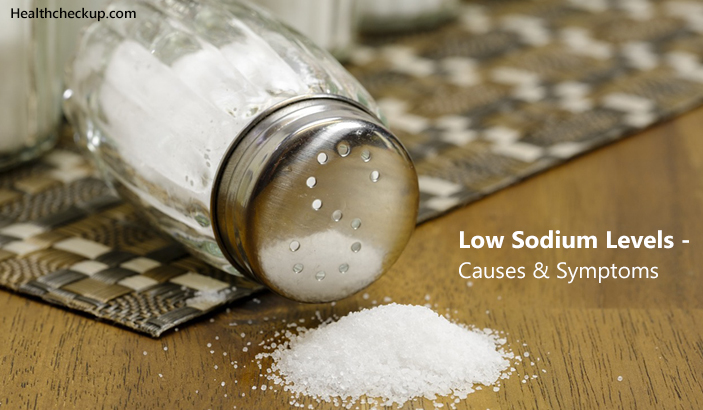 What Are Low Sodium Levels?

There is a long list of possible causes that can lead to dangerously low sodium levels. Many of these causes are underlying medical issues, as well.

Here are some of the most common causes of low sodium levels;

What Causes Low Sodium Levels In The Elderly?

One of the common risk factors for dangerously low sodium levels is old age. Low sodium levels are often seen among the elderly, especially within those who are living in long-term facilities or staying at the hospital for any health-related reason. The reason for that is because a lot of the times, we see the risk factors and causes that we mentioned earlier among the elderly. They are known to struggle more with these health problems as compared to younger adults. In addition, the elderly are also often prescribed the medications that we also listed as common risk factors for the decline of the sodium levels in the body.

What Are The Symptoms of Low Sodium Levels?

The list of most common low sodium levels symptoms includes;

Among the elderly, the most common symptoms include lethargy, altered personality, and confusion. The most severe cases of low sodium levels can be linked to seizures, coma, and even death.

How To Increase Low Sodium Levels?

The treatment for critically low sodium levels usually includes reducing the fluid intake, treating the symptoms themselves, and adjusting the dosage of diuretics or any other medications that might be causing the symptoms in the first place. If there is an underlying cause, the focus of the treatment would be to eliminate it, and with that, balance the sodium levels in the body as well.

What Foods Are Good For Low Sodium Levels?

You can also act to improve your sodium levels by improving your diet and eating certain foods that are considered to have a positive impact on your sodium blood levels!

Try eating more of the following foods that are high in sodium;

In addition, reduce your caffeine intake and alcohol intake. Salt tablets can be used as well but only after a consultation with a proper healthcare provider.

Low sodium levels, left untreated can lead to seizures, coma, and potential death. Its symptoms vary from person to person and can be mild or more severe. It represents a medical issue that can be caused by a long list of factors, and it is one that is most common within the elderly. The treatment for low sodium levels seems simple enough, and its principles are easily incorporated into one’s lifestyle. For any underlying condition that has been listed as the cause for the lower than normal sodium levels, proper treatment is required.