Cortisol is secreted by the adrenal gland and is an important hormone for managing stress. However, high cortisol levels may lead to various symptoms.

What Does High Cortisol Mean?

Cortisol is a hormone mainly secreted inside the human body by adrenal glands. The main function of cortisol is to help the body in responding to stressful conditions. Apart from helping in stressful conditions, cortisol also plays an important role in various body functions. These include immunity modulation, reducing inflammation, maintaining blood sugar levels, regulating metabolism, and improving memory.

The normal level of cortisol depends upon various factors including the time of measurement, age, sex, type of sample, whether blood or urine and the analytical method used to determine the levels of cortisol.

What Are The Symptoms Of High Cortisol?

Following are some of the symptoms of high cortisol levels;

High level of cortisol causes weight gain especially in the abdominal area. This may probably be due to two reasons. First, the fat cells present in the abdominal area have a high number of cortisol receptors as compared to fat cells in other areas. Further, glucose does not reach the cells and the body gets exhausted due to lack of energy. This may lead to increased hunger and sugar cravings.

High levels of cortisol narrow down the arteries. This leads to increased blood pressure and increased risk of plaque build-up. This may also cause damage to arteries.

When the body is under stress and cortisol is released, the digestive functions come to a halt until the stress gets over. However, prolonged high levels of cortisol may have a negative effect on the digestive disorder.

Following are some of the important causes of high cortisol;

Prolonged stress may lead to high levels of cortisol. Cortisol is known to shut off the functions that are considered non-essential. Thus, in certain cases, it creates havoc on various body functions.

Cortisol level may be increased due to the side effects of medications. Contraceptive increases the level of cortisol. Steroids such as dexamethasone, prednisone, and methylprednisolone.

Increased estrogen levels may lead to increased cortisol. The estrogen level gets increased during pregnancy or as a part of treatment known as hormonal replacement therapy.

Increased cortisol level may also be due to tumor, whether malignant or benign, in the adrenal gland. This may lead to Cushing syndrome.

What Are The Effects Of High Cortisol?

Following effects are experienced by the body due to high cortisol;

How To Treat High Cortisol?

If the level of cortisol rises due to the side effect of a medication, your doctor will stop the medications or provide you with an alternative medication that does not increase the cortisol level.

Other treatment options include Surgery and Radiotherapy in case the cause is a tumor. 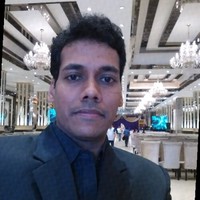