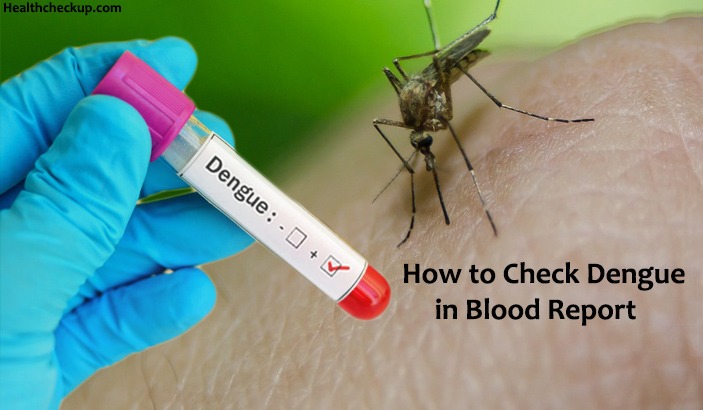 Causes and Symptoms of Dengue Fever & How to Check Dengue in Blood Test?

In the past few years, dengue has come up as a seasonal viral infection. There are numerous people, adults as well as kids, who are hospitalized to get treatment for dengue fever. Let’s move ahead to know more about dengue, its causes, symptoms, diagnosis and blood tests, and how to check dengue in blood report.

Dengue is a type of fever that occurs due to viral infection transmitted to humans by mosquitoes living in tropical and subtropical climates. This is why the outburst of dengue usually occurs during the rainy season. Testing of blood detects the dengue virus as well as antibodies produced as a response to dengue infection.

As per reports prepared through research, dengue infections, resulting in dengue fever, have been reported in over hundred countries from different parts of America, Africa, Southeast Asia, the Caribbean, the Eastern Mediterranean, and the Western Pacific. This is a fast emerging infectious disease with a rapidly increasing number of cases and countries affected all around the world.

However, the actual count is not known because of 75% of cases being asymptomatic. However, a recent estimate puts the number of annual dengue infections to be as high as 390 million.

Dengue fever and dengue haemorrhagic fever spread from human-to-mosquito-to-human by the bite of mosquitoes carrying the dengue virus. The dengue virus belongs to the mosquito group called Flavivirus. This can be divided into four viral stereotypes – DEN-1, DEN-2, DEN-3, and DEN-4. All these are related closely but vary in their antigens.

Many mosquito species under the genus Aedes transmit Dengue infection, specifically the Aedes Aegypti species is usually associated with it. It is considered as the major cause of dengue infection. This species of mosquito breeds in stagnant water. It usually bites during the daytime. This virus circulates in the blood for about 2-7 days after the person gets infected. During this time, any mosquito biting the person would acquire it and further bites another person and spreads the infection.

Also referred to as break-bone fever, dengue fever is caused by four different viruses (DENV 1-4), spread by Aedes mosquito. It is a severe flu like illness that begins with a sudden onset of fever accompanied by a painful headache. Some other symptoms include

Dengue fever can be easily diagnosed through laboratory tests. These blood tests are done to determine the presence of dengue antibodies (IgM and IgG). The presence of viruses is detected through the presence of polymerase chain reactions (PCR). Preferably, it is essential that these tests are carried out within the first few days of the occurrence of symptoms. You can get these tests done at any health clinic or local hospital.

Purpose of Blood Test for Dengue

Usually, dengue fever is diagnosed through a combination of various blood tests. This is because the body’s response to the virus is complex and dynamic. Some of the essential laboratory tests to get done to diagnose dengue infection in the blood include:

This test is done to detect the various antibodies produced by the immune system when your body has been exposed to the virus. The test gives accurate results when performed at least four days after the exposure.

This test detects the presence of the virus itself. It can detect the dengue fever up to seven days after the symptoms are observed. It also helps to determine which of the four different types of dengue virus is responsible for the infection. This is considered as the most reliable means of detecting the dengue fever.

This test is done to monitor kidney function and find out evidence of dehydration that can occur with severe illness.

This test aims at looking for low platelet count, especially during the later stages of the illness. It also detects the fall in hemoglobin, Red Blood Cell (RBC) count, and hematocrit that would occur with blood loss caused due to severe dengue fever.
Microbiological testing of laboratory helps to diagnose the dengue fever. The diagnosis can be done through isolation of viruses in the cell cultures, detection of viral antigen and in the detection of particular antibodies, detection of nucleic acid through PCR. It has also been found that the detection of nucleic acid and viral isolation can be obtained more accurately as compared to the detection of antigens. However, these are the tests that are not available easily due to high costing.

Interpreting a dengue blood report is not a difficult task. The reports usually contain the dengue normal value in front of the values obtained through the test. You can easily check and compare them with the normal values.The result of the whole test is found negative in the initial stage of dengue fever. PCR and the antigen, which is viral, play a crucial role in the initial seven days of the fever. In 2012, the PCR test was introduced. This test is run on medical equipment used during the process to diagnose influenza.

It has been found through studies that the test for dengue virus is useful in diagnosing dengue only at a stage when the infection has occurred for some time. The duration of IgM and IgG to show up in the blood is between 5-7 days.
However, no laboratory test can predict if the infection would increase or not to take more severe forms.

The Table as Follows Summarizes The Results Seen with The Antibody Testing: