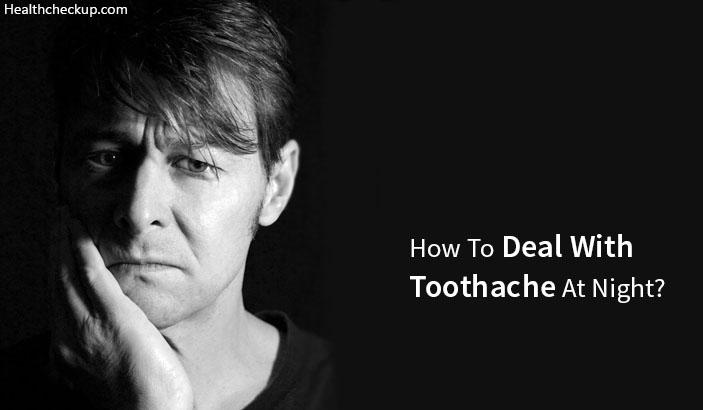 How to Deal With a Toothache at Night?

Every individual, at one stage or the other, has either suffered or is suffering or would suffer a toothache. Toothaches are the most irritating and distressing pain one can face. The discomfort is further enhanced simply because the pain directly hits one’s brain and overtakes all other functions. Toothaches can be of varying degrees. While some have a mere dull throb, others might face a sharp and severe stabbing pain.

The distress and discomfort of such toothaches further increase when such pain aggravates during the night and disturbs one’s precious sleep. This can further spill over to the next day and prevent us from enjoying all the daily activities of any individual. Lack of sleep accompanied by the mounting pain in one’s tooth can seriously spoil a precious day. It is therefore important to research and understand ways to deal with a toothache at night.

Why Do You Get Toothache at Night?

Often toothaches become worse during the night. In fact, some people complain that their tooth hurt only during the night but not during the day. Usually, such complains is primarily because such people have a toothache only at night while they lay down. Some of the probable reasons for the same include

[Read – Broken Jaw Heal On Its Own]

How to Deal With a Toothache at Night?

In case of extreme pain, however, it is advised that the individual can take a painkiller and check with a dentist as soon as possible.