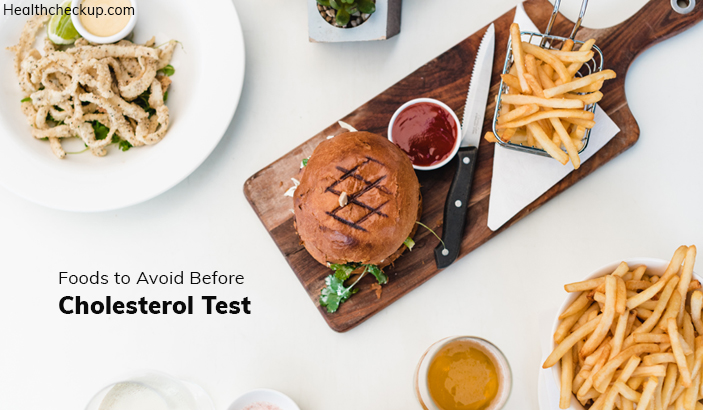 List of Foods To Avoid Before A Cholesterol Test

In a fasting lipid profile, all patients should fast for 12 hours prior to the test.

[Read – What is LDL Cholesterol Test]

Generally, it is considered that every individual who is more than 40 years of age should undergo a routine lipid profile to exclude dyslipidemia. Because this age has been identified as the most vulnerable age of developing dyslipidemia and dyslipidemia related complications such as heart attacks and strokes.

Knowledge on food to avoid before cholesterol test is important for the patient to identify their true cholesterol levels of the body. Because there are many types of foods which can dramatically raise blood cholesterol levels. If the clinician can identify the true value of cholesterol in the individual the cardiovascular risk can be assessed and the future management plan of risk minimization can be made accordingly.