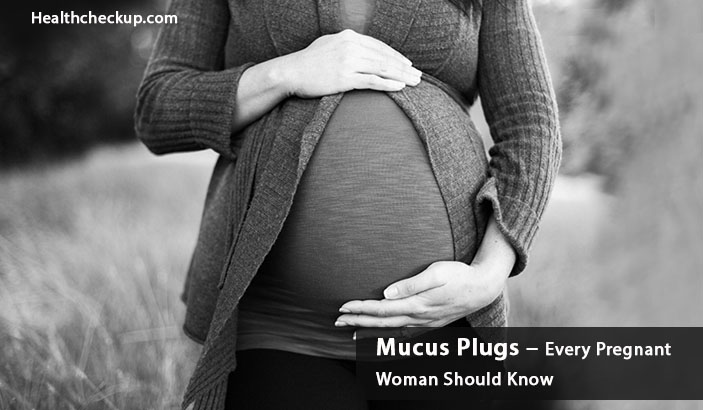 Mucus Plug – Every Pregnant Woman Should Know (With Pictures)

The mucus plug is a gelatinous substance that blocks the opening of the cervix. The cervix gland secretes mucus-like discharge at different intervals during a woman’s menstrual cycle. This mucus provides safe passage for sperms during ovulation. After pregnancy, the cervical gland produces more cervical fluids due to increased levels of estrogen. These fluids merge with other cells and thicken to form a seal at the cervix which is the mucus plug. It acts as a protective barrier for both mother and child from bacteria in the vagina. It tightly covers the cervix ensuring harmful pathogens don’t make it to the baby or the mother’s reproductive organs.

Where Is The Mucus Plug Located?

Why a Mucus Plug Forms?

When a fertilized egg is implanted in the cavity of the uterus, there is an increase in the production of estrogen. Estrogen is one of the hormones responsible for the development of the fetus. This increase causes the cervical glands to secrete more cervical juices. The cervical juices then mix with other cells to become a thick jelly-like substance forming a seal in the cervical canal. This seal is called the “Mucus Plug”. It forms to deter passage of bacteria from the vagina to the uterus or baby inside. It also shields the baby during vaginal check-ups or sexual intercourse.

The Mucus plug starts forming at around five days. This is when the blastocyst is attached to the uterine wall. This attachment is what triggers the excess production of cervical fluids which make the mucus plug. However, it locks the cervix at approximately seven weeks of pregnancy.

How Much Mucus Plug is There?

There is not yet a specified unit or amount to measure mucus plug discharge. High estrogen levels ensure consistent production of cervical fluids which forms the mucus plug. When it is almost time for labor, the cervix dilates due to pressure from the growing baby. After this, the mucus plug can come out as increased vaginal discharge for a number of days or a simple lump.

What Color Is the Mucus Plug? 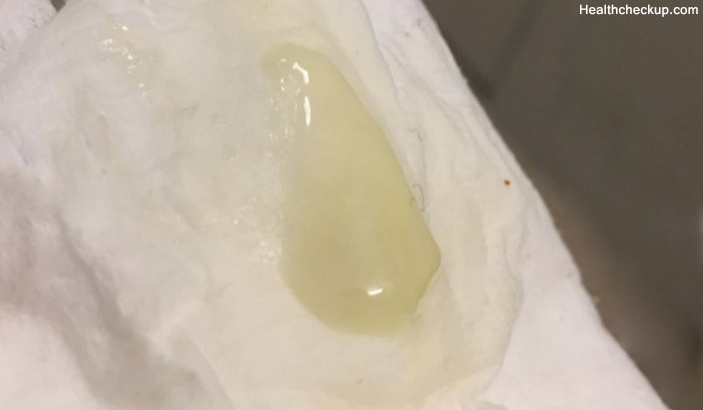 The mucus plug is a cloudy cream-white discharge. It might come with a tinge of pink, red, yellow or brown. Green mucus plug can also be discharged and is no cause for worry. The red color is due to some tearing of the capillaries in the cervix as your baby grows. The clear mucus plug is a common thing for many women and should not be considered alarming.

There is no specified color or shape of a mucus plug. The color might vary from white, clear, green or even sometimes a tinge of red, pink or brown. If it is too much bright red you should contact your health expert. The mucus plug is about 5 cm long or the size of one tablespoon. This is a sticky mucus-like discharge of about two ounces. It can be less as it doesn’t have to come out all at once. Pictures of mucus plugs showing the variations of different mums can be accessed online.

When Do You Lose Your Mucus Plug?

The mucus plug comes away between the 37th- 42nd week of pregnancy. It is as a result of the cervix softening in preparation for labor. Some women lose it early others as late as 12 hours to labor. Losing the mucus plug is a sign that your baby has finished developing but is not a guarantee that labor has started.

Losing your mucus plug should not be a cause to worry. If you can see your discharge, you can try to explain to your doctor or midwife the amount or color.

Why Does the Mucus Plug Come Out?

The mucus plug comes out to clear the passage for the baby. It unblocks the cervical opening and also acts as a lubricant during birth.

What Does it Mean When your Mucus Plug Comes Out?

The mucus plug comes out as a result of the cervix softening and becoming thinner. It means that your body is preparing to deliver the baby. It can also be seen as a sign that your baby has finished developing in the womb and is ready to come out.

How Do I Know if I have lost My Mucus Plug?

Many ladies especially first time mothers don’t even notice that they have lost their mucus plug. This is because of the increased vaginal discharge during pregnancy. It is a painless process and might come out during a shower or when using the toilet. You can try using panty liners or sanitary towels to check whether the mucus plug has passed or ask your doctor during the next check-up.

What To Do If You Lose Your Mucus Plug?

You should always remain calm when you lose your mucus plug if you are between 37-42 weeks as it is perfectly normal. It is a sign that your baby has dropped and will be arriving soon. Do not be in a rush to inform people as it is not a guarantee that you are in labor.

What Should You do if you Lose Your Mucus Plug Earlier in Pregnancy? 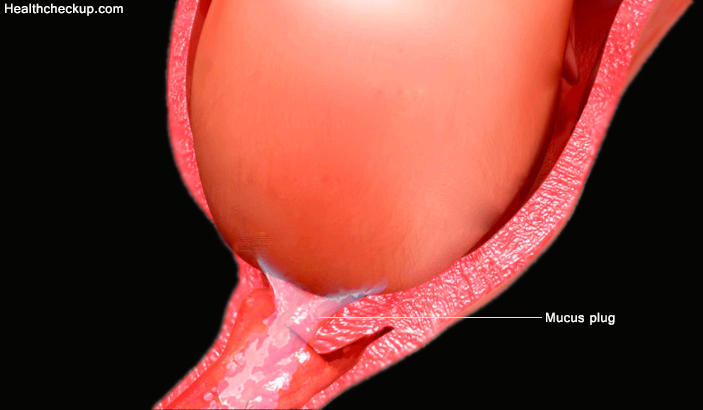 It is quite normal to lose the mucus plug earlier in pregnancy. It can happen if you have sex or during a vaginal examination. If you lose your mucus plug earlier than 36 weeks it advisable to contact your doctor or midwife as it might be a sign of premature labor. If there are no other signs of danger, relax your body will continue to produce more mucus. The baby is also safe because there are other protective barriers like the amniotic sack to shield him from pathogens.

Are Mucus Plug and Bloody Show the Same Thing?

Passing the mucus plug is a normal painless process. However, you should alert your doctor as soon as possible if you notice some of these symptoms