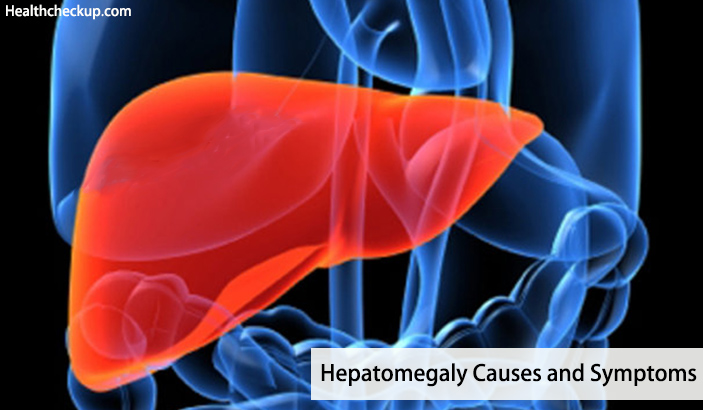 What are the Causes and Symptoms of Hepatomegaly?

Hepatomegaly causes a condition in which the liver is enlarged and is swollen beyond its normal size. The liver is a wedge shaped organ located on the right side of the upper abdomen, and it is the largest internal organ of the body. The functions of the liver are very important to keep the body healthy, and they include the cleansing of blood to remove harmful chemicals manufactured by the body, the secretion of bile juice that helps in the breakdown of fats in food, and the storage of glucose which helps in giving a backup energy boost when the body requires it.

Hepatomegaly may be a sign of a large number of diseases, including the diseases of the liver itself. Hepatomegaly causes could include infections from bacteria, viruses and parasites with certain heart conditions, certain types of leukemia and lymphoma, and certain genetic diseases. The hepatomegaly symptoms are many and depend on the cause of hepatomegaly.

A person experiencing any of the above mentioned hepatomegaly symptoms should consult a doctor immediately.

Some of the Less common tender Hepatomegaly Causes Include:

However, mild hepatomegaly may sometimes be a normal finding in children.

The Most Common Causes of Massive Hepatomegaly include