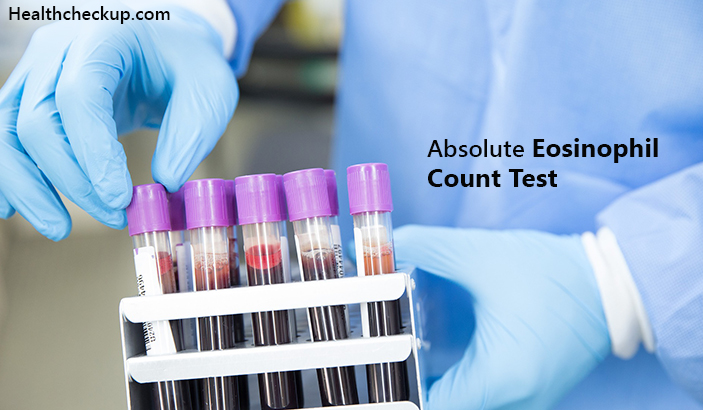 An absolute eosinophil count (AEC) blood test is a blood test that counts the quantity of a type of white blood cells known as eosinophils. These blood cells come active when one has a few types of infections, allergic diseases, and other medical conditions. Eosinophils function majorly is the defense function

What Is Absolute Eosinophil Count?

When blood test results are not in the normal orbit a doctor may recommend more tests to know the problems and when this happens it may be a blood test known as an absolute eosinophil count. This test may also be suggested if a GP suspects of disease.

Why Is The Absolute Eosinophil Count Test Done?

The other instances where the test is needed include;

What Happens If The Eosinophil Count Is High?

If the eosinophil count is high you may be having the following conditions;

Acute hypereosinophilic syndrome, a rare ailment that is identical to leukemia and this is a life threat

The Normal Range Of AEC In Blood?

In grownups, a normal range of AEC in the blood is less than 500 eosinophil cells per microliter of blood. In children, the eosinophil levels differ with age.

What Causes Eosinophils To Be High?

Usually, this white blood cell type is responsible to fight diseases in the human body, and as such having high levels of eosinophils indicate some disorder in the body. The disorder mostly says a parasitic infection, cancer, or an allergic reaction.

How To Reduce Eosinophil Count?

The reduction method of eosinophil count depends on various treatments. The treatment could be one or a combination of many treatments.

Glucocorticoids are the most efficient current treatment used to lessen eosinophil numbers in the blood and tissue, but the pleiotropic effects of corticosteroids may result in possibly harmful side effects and restrict their therapeutic use.

Eosinophilia treatment also includes natural remedies like licorice and chamomile, proper sleep position, healthy weight, avoiding foods that increase this WBC count, acupuncture, and recreation techniques such as meditation may also aid in addressing the fundamental cause of the eosinophil buildup

First and foremost, there is no need for any special preparation for the test. Just inform the physician if you’re having any blood-thinning drugs like warfarin (Coumadin). Apart from these a few drugs need to be forgone before the test. Your doctor will advise you to stop taking certain medications.

Medications to avoid include diet pills, interferon, a few kinds of antibiotics, laxatives having psyllium, and tranquilizers. Also, ensure your doctor knows all the medicines that you are taking both current and very recent.

Once you are done with saying these a technician will draw a sample of blood which will be sent for further examination. The blood is drawn using a needle.

Following the result, if you get normal results it means you have fewer than 500 eosinophil cells per microliter of blood however, in children it varies depending on age.

In case, you have above 500 eosinophil cells per microliter of blood which is known as eosinophilia- a kind of disorder that is again the onset of many conditions.

If there’s an unusually low eosinophil count it can be due to intoxication or the disproportionate creation of cortisol.

This in brief is what an absolute eosinophil count (AEC) blood test is all about.