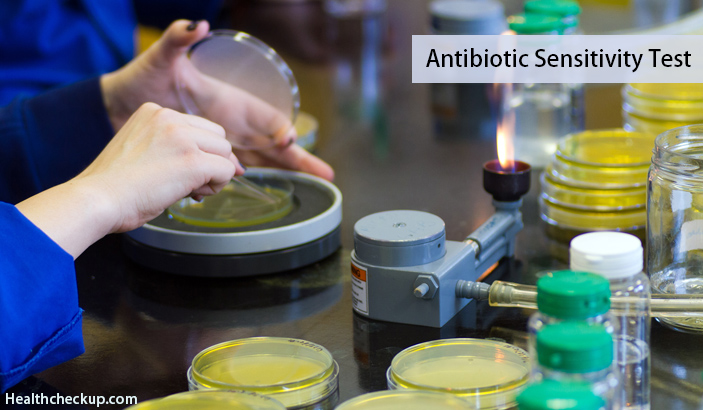 The genetic material in different bacteria varies. Some are more resistant to certain antibodies. Some fungi or bacteria become resistant to certain drugs if a dose is not completed. If the bacteria are resistant to antibiotics taken by a patient, it’s known as Intrinsic Resistance. The fungi or bacteria can mutate and develop resistance to an antibiotic that previously tackled it. This condition is called Acquired Resistance. The bacteria are got from a wound, urine or blood culture if it is found to be having more pathogens than one.

Why is It Important to Conduct Antibiotic Sensitivity Tests?

Due to the fact that some bacteria or fungi mutate, there is a high possibility of acquired resistance. This makes treatment of certain infections difficult. In some cases, bacteria may resist several different antibiotics at the same time. If this happens, it could be very dangerous. To find out which prescription will perfectly tackle which bacteria an antibiotic sensitivity/ susceptibility test is carried out.

The antibiotic sensitivity test protocol varies in different procedures. They are

These tests are carried out with the aim of finding out the minimum inhibitory concentration. The Minimum Inhibitory Concentration (MIC) is the highest dilute form of an antibiotic that hinders the growth of bacteria or fungi. These tests can be carried out through dilution of broth or agar. Antibiotics are diluted and exposed to bacteria. The most dilute solution that effectively combats the bacteria is considered to be the MCI. They include

Micro Broth dilution tests use broth levels between 0.05-0.1. It is done on a big tray that contains multiple smaller wells. The minimization of the sample wells make it faster and much more effective for carrying out a wide variety of tests on the bacteria isolate. Both methods have tests which vary in two folds or even numbers.

The Agar dilution procedure is quite similar to the broth dilution methods. The concentration of the antibiotic is diluted. The highest form of dilution that correctly inhibits the further growth of the bacteria is considered to be the MCI.

Antibiotic sensitivity discs are used in this method. These paper discs are laced with documented amounts of various antibiotics. These discs are placed in a Petri dish that is bacteria infested. The bacteria isolate is grown mainly on the Mueller Hinton Agar. It fills up the dish when incubated at 37 degrees which is standard body temperature. After incubation overnight, the discs are observed. If a particular disc has the right concentration of antibiotic that hinders the growth of bacteria, there will be an inhibition zone. This is the area around the disc where the growth of the bacteria is hindered by the antibiotic.

Qualitative tests are carried out to check for three outcomes. The results can be resistant, intermediate or susceptible.

These tests incorporate the use of modern medical technology. With the leaps and bounds achieved over the years in medical study, antibiotic sensitivity testing has been digitized. These instruments used are capable of very accurate results within a very short time. They can handle multiple tests easily and efficiently. Different hi tech medical companies have a variety of these gadgets on the market.

These are modern methods of testing antibiotic sensitivity that does not incorporate computerized technology. They provide MCI readings that are more or less the same as broth dilution methods and are readily available in the retail market. The most common and readily available method of modern non-automated antibiotic susceptibility test is the Epsilometer Test (E-test). This is a plastic strip laced with an antibiotic that gradually decreasing. The different levels are marked with numerical calibrations on one side. They are usually handy for urine antibiotic sensitivity test.

This method involves the study of the genes to check for what is causing resistance to antibiotics. They include

After conducting an antibiotic sensitivity test, a number of results can be achieved. These results include both a qualitative result and a quantitative one and basically, indicate the MCI. They may be

After you get your antibiotic test sensitivity report, it is advisable to let your medical caregiver interpret it.