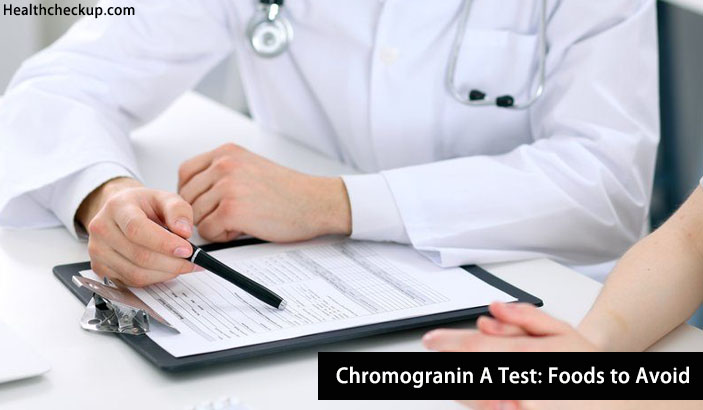 Chromogranin A Test – Foods To Avoid

Chromogranin-A is a valuable marker for neuro endocrine tumors. Yet, it is found to be higher in the disseminated type of tumors rather than restricted neoplastic growths. Chromogranin A is a more frequently used biomarker as compared to chromogranin B and chromogranin C.

A chromogranin a test can indicate the presence of a neuro endocrine tumor but it does not tell anything in regards to disease progression or severity of such tumors. Therefore this test is rarely advised singly and is often done along with other relevant tests to gain an affirmative diagnostic or prognostic value.

Granins are a form of acidic proteins which are a major component of secretory granules of various neuro endocrine and endocrine cells and have the potential to transform into neuro endocrine tumors.

Purpose Of The Test

Apart from maintaining food-related restrictions, it is equally important to report any physical exertion, such as vigorous exercise or injury. This is because stress is one of the potential factors which can cause false-positive results.

Also, there are no studies yet to prove the difference in chromogranin levels in fasting and non-fasting states. It is, therefore, wiser to consult your doctor regarding appropriate preparation for a chromogranin A test along with foods and medications that must be avoided to achieve accurate results.

Although chromogranin A test is a valuable tool for diagnosis, prognosis, and monitoring treatment response, it also has its own set of limitations as the test results can be easily altered by certain foods, medications and also due to conditions other than neuro endocrine tumors.