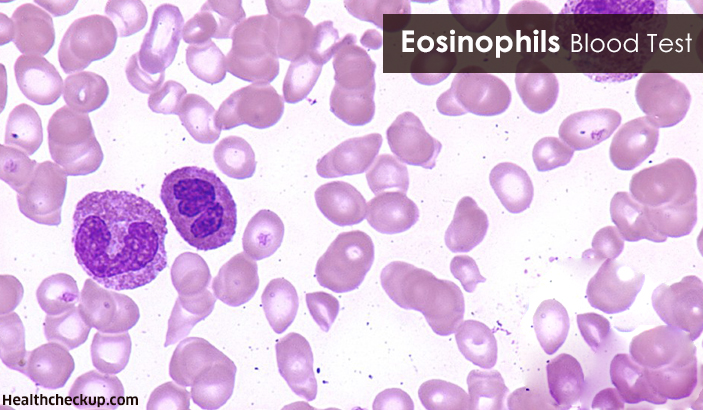 Eosinophils are the white blood cells which are usually measured by the eosinophils blood test. This test helps in making the diagnosis for few medical problems. Below are certain conditions which shows that you may have high eosinophils count:

Acute hypereosinophilic syndrome, a rare condition which is same as leukemia that can be life-threatening.

What does Eosinophils do?

Generally, eosinophils destroys the foreign substances if present in the body and controls the inflammation and acts as body’s immune function. Tissue damage is resulted when the eosinophils counts are more. The conditions which aggravates it are allergies, parasites, autoimmune disorders, etc. To overcome the eosinophil issue, usually the condition which is causing should be rectified. This not only causes tissue damage, but also leads to Eosinophilic esophagitis. 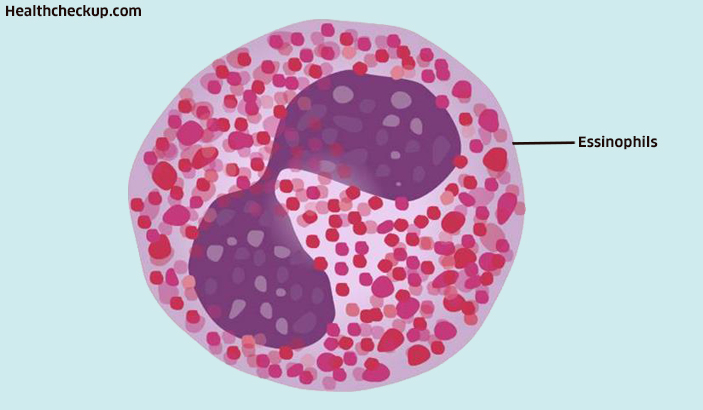 What Does the Eosinophils Blood Test Do?

The amount of eosinophils in the blood are usually measured by eosinophil blood test.As mentioned before there are type of white blood cell which aids in fighting the disease. They’re made in the bone marrow which travels to many type of tissues. In immune system, they do mainly two important things in the body’s immune system like fighting against infections and increase inflammation, by helping to fight against a disease.

Having too many eosinophils for a very long time in the body can cause inflammation which is chronic and this is called eosinophilia.This not causes tissue damage but also leads to eosinophilic esophagitis which is an esophagus disorder or eosinophilic colitis. Eosinophilic disorders can also occur in small intestine, blood,stomach, or other organs.

Normally, the test value which is less than 500 cells per microliter is the normal value. This normal range number can slightly differ depending on other laboratories, hence it’s important to speak with your physician about whatever the results are.

How the Eosinophils Blood Test Is Done? 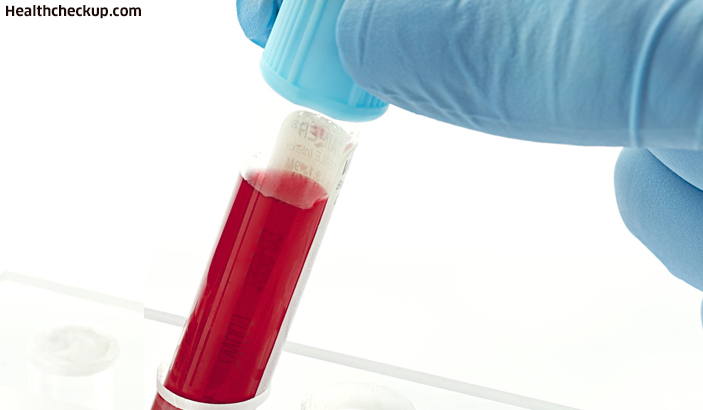 What are the Causes of High Eosinophil Count?

If there are any allergies or parasite infections in the body, then the eosinophils are produced in order to fight the infection. This mostly helps in overcoming the infection caused by parasites but not so helpful in getting rid of allergies as they generally accumulate in the tissues leading damage to tissues. In asthma, damage to the lung airways is caused by eosinophilia.

Although eosinophils play an important role in the body’s health, their inflammation function at times goes out of control. As a part of immune response, inflammation plays a role in isolating and containing the area every where the infection or disease has occurred. If too much inflammation arises, other issues occur, which leads to the tissue damage.

Few Disorders and Problems which are known to Cause Eosinophilia Comprises:

If there is eosinophils during the eosinophils blood test, then cancer is suspected and immediate checkup should be done with any of the specialist to rule out any lymphomas and leukemias. So generally patients should be referred to a big hospitals with well experienced physicians, oncologists and technicians who can provide good diagnosis and treatment.

How to Reduce Eosinophil Count or What are the Treatments?

Eosinophils can be reduced if the proper treatment has been given for the condition causing it. Although, most of them need supportive care while on treatment. Hence, this depends what their conditions are. Pain management drugs, IV fluids and supportive treatments are given to the patients when they are hospitalized due to certain conditions.

Hence, the underlying causes of eosinophilia are first treated to decrease the eosinophil counts. Oxygen treatment is given for pulmonary eosinophilia. Corticosteroid treatment is administered for the people suffering from allergies but this can sometimes cause problem if they have any prior infections of fungi or parasites because it may still worsen them. Interferon can be used along with many other drugs if one has steroid resistant diseases.

If there is no organ involvement in the patient and has primary eosinophilia then no treatment might be required.Cardiac function to be measured at regular intervals, nonetheless, as peripheral eosinophilia does not essentially associate with organ involvement. So steroid responsiveness must be evaluated. This is needed for prognosis as steroid-responsive patients will perform better and when needed the treatment to be guided.

Eosinophils blood test should be done every six months to check if everything is normal. Try to build your immunity by increasing the consumption of green leafy vegetables and also fresh fruits to make sure that you are getting appropre proteins and vitamins.