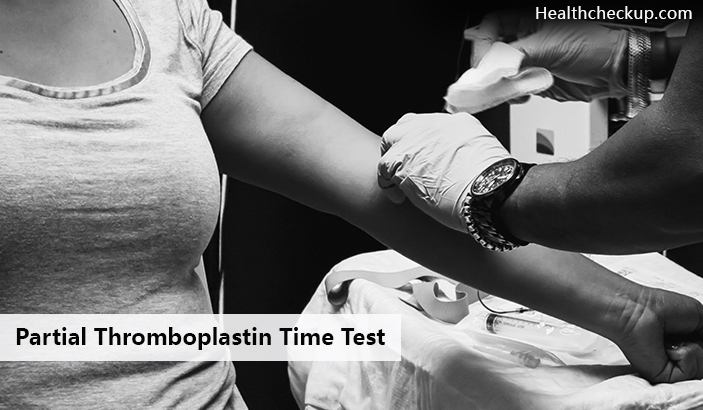 The Partial Thromboplastin Time (PTT) test is a blood test that determines the time of formation of clots. PTT test is also known as Activated Partial Thromboplastin Time Test. PTT is activated when our body experiences any cut. Any injury in the body initiates instant bleeding. Bleeding triggers the process of clot formation in the body. The analyst performs the test to define the ability of the body to form clots. The test measures time in seconds.

Clotting factors and body cells help to initiate coagulation. Coagulation is a process in the body to prevent blood loss by forming clots. Platelets help to create a layer on the damaged tissue. Then the clotting factors interfere to form clots.

The lab professional collects the blood sample and checks the ability of clotting in the body.

Your doctor prescribes a PTT test to examine the cause of excessive bleeding when the following symptoms appear in the body;

The test only helps the doctor to diagnose the insufficiency of clotting factors. It is not able to determine the condition.

Procedure Of The Test

A nurse or compounder takes a blood sample from your arm for performing the test. They clean the site with cotton dipped in alcohol and insert a needle in the veins. Then the nurse collects the blood in a container.

After collecting the blood, they remove the needle from the arm and cover the site with cotton and fold the hands for a minute.

Some medications may affect the results of the PTT test. It is necessary to consult with your doctor about the medicines you take. Heparin, warfarin, aspirin, antihistamines, vitamin C, and chlorpromazine may interfere with the test.

After collecting and adding some chemicals to the sample, blood takes a few seconds to form a clot. The standard value of the thromboplastin test is 25-30 seconds. The result may vary due to differences in lab and doctor. You can consult with your doctor if you have any concerns regarding your test reports.

An abnormal PTT test does not give precise results of a specific disease. This test only indicates the time of clot formation. The variation in PTT may be due to several diseases and conditions. Multiple diseases that alter the result of clotting are as follows;

Partial Thromboplastin Time (PTT) determines the time required for the blood to coagulate. Alteration in the PTT values may be due to various diseases. Some of them are liver diseases, leukemia, and deficiency of vitamin K.