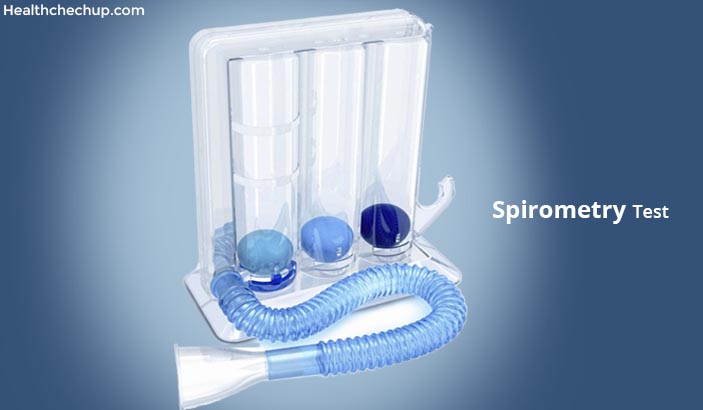 Spirometry is also called a pulmonary function test. The device used to carry out the test is called a Spirometer or a Flow Meter.

It is a means to assess the integrated mechanical functioning of the lungs, respiratory muscles, and chest wall. This is done by measuring the total volume of air exhaled (Total Lung Capacity – TLC) to maximal expiration (Residual Volume – RV).

When To Do A Spirometry Test?

How To Do A Spirometry Test?

Interpretation of spirometry test results depends entirely upon the test quality and how effectively it is performed by patients. A test which fails to meet the standard guidelines can yield unreliable results. The American Thoracic Society has laid down few guidelines for an acceptable spirometry test which includes

Spirometry Results Are Expressed As Graph Of Measure Of Volume Against Time. The First Graph Can Be Interpreted As Follows

This Graph Can Be Interpreted As Follows