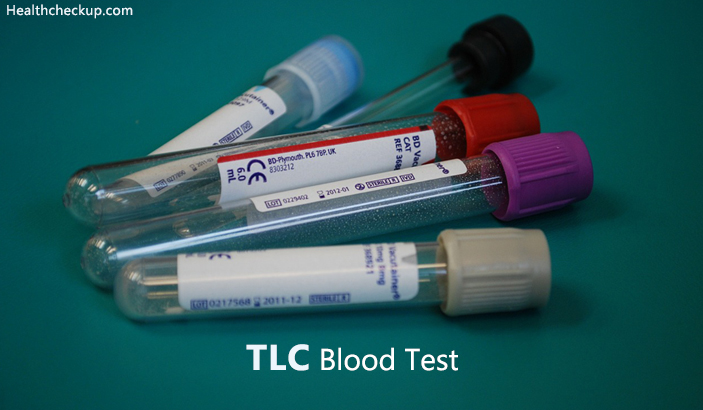 The TLC blood test forms a part of the complete blood test which determines other values such as complete blood count (CBC), platelet count, red blood cells count (RBC), and hemoglobin percentage. A DLC test may be ordered along with a TLC test. DLC stands for Differential Leukocyte Count and is done to measure the percentage of each type of white blood cell or leukocyte in the body.

What is a TLC Blood Test?

TLC test means the test is done to determine the number of white blood cells in the blood. The WBC count helps determine the body’s capacity to fight diseases.

The normal range for TLC is considered to be between 4000 to 11000 cells/cubic millimeter of blood. A decrease in the TLC count is referred to as leukopenia, and it will cause a decline in the body’s ability to fight diseases. An increase in the TLC count is known as leukocytosis, and it is a condition in which the body produces more WBCs than normal. Leukocytosis is common among people who have an acute infection or illness and in newborn infants.

This test is ordered by the doctor to confirm a diagnosis or to check if the treatment for a particular disease is working well for you.

What are the Different Types of White Blood Cells (WBCs) and their Function?

The WBCs or leukocytes are white colored blood cells that are manufactured in the bone marrow, and move throughout the body in the blood, continuously looking for foreign bodies or invaders such as bacteria and viruses. They are immunity cells that are continually at war with any kind of foreign invaders. When the body is in danger of any illness or infection and a particular body part is involved, the WBCs rush to the affected area to help destroy the invading bodies and protect your body against illnesses.

The WBCs account only for 1% of your blood, but they have a significant effect on the healthiness of your body. There are 5 types of WBCs, each with a different function. Below are the types of WBCs and their functions:

The average lifespan of a leukocyte is 13 to 20 days, and their lifespan in the peripheral blood is only 7 to 10 hours after they migrate from the bone marrow into the bloodstream. This is the reason why a healthy body produces around 100 billion leukocytes per day to replace the perished leukocytes.

What are the Indications for the TLC Blood Test?

As mentioned earlier, a TLC blood test helps doctors confirm a diagnosis and helps them determine the effect of the treatment for a particular disease. This test is often used by doctors to:

How to Prepare for the TLC Blood Test?

A patient is not needed to take any special precautions before undergoing a TLC blood test, but it is important to inform your doctor about any medication you take regularly, and he may ask you to stop taking certain drugs before undergoing the test as some drugs may affect the test results.

How is TLC Blood Test Performed?

A blood sample is obtained from the patient like in any other test, and the TLC is estimated either through a manual/microscopic method or through an automated method that uses an equipment called the hemocytometer.

The normal reference range for adults (males and females) is as follows:

What are the Causes of High TLC Count?

If the results of a TLC blood test show an increase in the number of WBCs, i.e., if the TLC count high when more than 11000 cells/ cubic millimeter of blood, the condition is called Leukocytosis. Leukocytosis may be caused by a number of reasons such as:

What are the Causes of Low TLC Count?

If the results of a TLC test show the WBC count to be less than 4000 cells/ cubic millimeter of blood. This condition is referred to as leukopenia, and it may be caused by:

How to Reduce TLC in Blood?

How to Increase TLC in Blood?

If your TLC blood test values are lowered, you can work to increase the levels by: