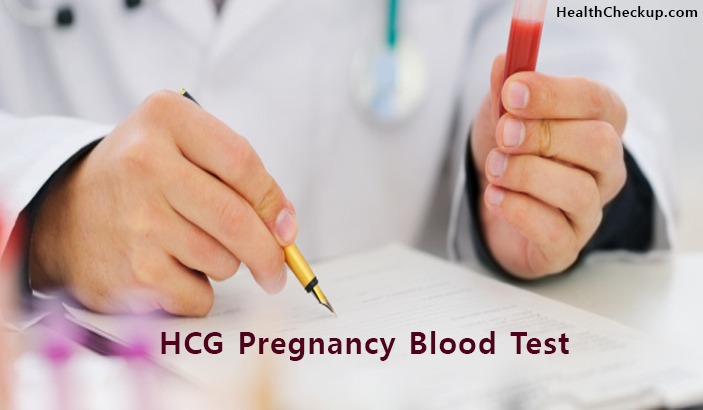 What is hCG Pregnancy Test? Purpose, Procedure and Results of hCG Test

The Following Are Some Of The Most Common Tests Performed During Pregnancy:

First trimester screening is an amalgum of fetal ultrasound and maternal blood tests that are performed during the first trimester of pregnancy. This test process can help to determine the risk of the fetus having certain birth defects.

There are three parts of first trimester screening:

The Nuchal translucency screening uses an ultrasound test to examine the area at the back of the fetal neck for increased fluid or thickening.

The blood tests measure two substances found in the blood of all pregnant women:

What is the human chorionic gonadotropin (hCG) blood test?

Human chorionic gonadotropin – or hCG – is commonly called the “pregnancy hormone”. Most women, trying to get pregnant and who have taken more than a few pregnancy tests already know that hCG is the hormone that is detectable by pregnancy test kits or by hCG blood tests. The purpose of this article is to impart knowledge about hCG, its purpose, and how fast hCG increases in a pregnant woman’s system.

The human chorionic gonadotropin (hCG) blood test measures the level of hCG hormone present in a sample of your blood. The HCG is a hormone that is produced during pregnancy. The hCG quantitative test may also be referred by other names, such as:

The cells in the placenta make human chorionic gonadotropin, or hCG. The placenta is the sac that nourishes the egg after it’s fertilized and attaches to the uterine wall.

Why Is the Quantitative hCG  Blood Test Performed?

The hCG quantitative test or hcg blood test is performed to:

In some cases, the hCG hormone test is used to screen for pregnancy before a woman undergoes certain medical treatments, such as X-rays, that could potentially harm a developing baby. The blood test is a normal procedure that is conducted before undergoing one of these procedures to make doubly sure that you are not pregnant. This ensures that you are protected and that the fetus isn’t injured by the procedure.

How Is the hCG Pregnancy Test Performed?

The hcg pregnancy test procedure that measures the level of hCG hormone in a blood sample does not require any special or elaborate preparation. A health care assistant takes a blood sample by following these steps:

What are the risks that are associated with the hCG Pregnancy Test?

There are little or no risks involved with the hcg pregnancy test. There may be a small amount of bruising where the needle was inserted, which can be minimized by applying pressure to the area for several minutes after the needle is removed.

In some very rare cases, there may be incidences of:

How do you understand the hCG Quantitative Test Results?

When your hcg pregnancy blood test results comes back, your doctor will explain to you what your hCG levels are. These levels are measured in Milli-international units of hCG hormone per milliliter of blood (mIU/ml).

The following table shows the normal hCG levels during pregnancy for each week from your last menstrual period:

If the levels of hCG that are lower than normal, it could mean:

If the levels of hcg pregnancy test are higher than normal, it could mean:

It is common knowledge that no test is 100 percent accurate every time. The hCG test can give both false-negative results and false-positive results for pregnancy. Your doctor will help you figure out your results or do follow-up testing if there is any doubt.

If the hCG test comes back negative, it normally means that you’re not pregnant. But, if the test was done too early in the pregnancy, before your body has produced enough hCG, you can get a false negative result. As the hCG levels change quickly during early pregnancy, the hCG quantitative test should be repeated within 48 to 72 hours to observe how the hormone level changes.