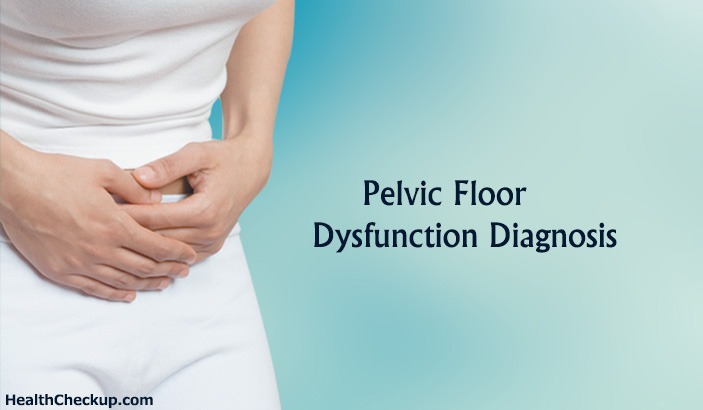 The human physiology is a complex subject, and a simple deviation in our bodily system can lead to a major health issue. It is necessary for all our systems to be working properly in our body, which starts from our digestive system to our excretory system. The pelvic floor refers to a group of muscles located in our pelvic area along with the uterus, prostate, rectum and bladder. Pelvic floor dysfunction can happen to anyone, irrespective of age, gender or general physical health. For this reason, pelvic floor dysfunction diagnosis is to be done immediately by a certified doctor to ensure prompt treatment and fast recovery.

What is Pelvic Floor Dysfunction?

How do Doctors Perform a Pelvic Floor dysfunction Diagnosis?

This test helps the doctors to look inside the rectum or urethra to look for kidney stones, tumors or inflammation.

Using sound waves, this test takes pictures of the structure of the pelvis, such as the anus, rectal wall and the pelvic control muscles. It also helps to detect problems such as rectocele, rectal prolapse or enterocele.

A colonic transit study evaluates the passage of stool through the colonic passage through a series of X-rays, which helps in detecting potential causes of pelvic floor dysfunction and constipation. The patient takes a pill marked with metal markers, which can be seen in the x-rays for the next few days.

A videodefecogram is part of a defogram, which is a special x-ray taken during a bowel movement, to help detect bowel movement. Apart from this method, being extremely helpful to detect the cause of pelvic floor dysfunction, the test also includes fluoroscopy or MRI scans for detection.

After the diagnosis, treatment for pelvic floor dysfunction can be provided for in the following ways –

A pelvic floor dysfunction is considered an uncomfortable and embarrassing disorder, it is better to contact the best gastroenterologist in the city who, with his team of specialized doctors would be able to guide you through your treatment on your way to a healthy life.