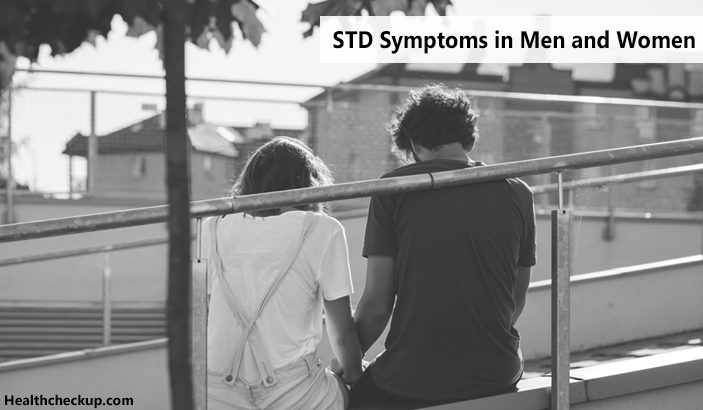 What is STD? STD Symptoms in Men and Women

STDs stand for Sexually Transmitted Diseases, that are actually infections that are transmitted from one individual to another during any type of sexual contact. There are many types of STDs, and the STD symptoms in men may vary from the STD symptoms in women, because their genital parts considerably vary in structure and function, and also, women are more susceptible to certain types of STDs than men, and vice versa.

Sometimes, a sexually transmitted infection may not produce STD symptoms in men or women, and the infected person may not be aware of having the infection and spread the infection to others unknowingly. Therefore, it is very important to increase public awareness and education about these not-so-commonly discussed but dangerous diseases to help stop them from occurring in unaware individuals and to aid in the prevention of the spread of these infections. If you are unsure of your status it’s recommended that you make an appointment with your healthcare provider or if you’d prefer more privacy and/or anonymity, you may consider ordering an at home STD kit online.

There are many types of STDs, and they have probably existed for many centuries, but the most dangerous and most well-known of these diseases is the acquired immunodeficiency syndrome or AIDS, which came to be recognized in 1984. The other important, commonly occurring STDs include:

Hepatitis B and Hepatitis C are also infections that are caused by sexual contact with infected persons.
While most of these Sexually Transmitted Diseases can be dangerous, the important news is that they can be easily cured, especially the ones caused by bacterial and parasitic infections. However, there are no effective cures for sexually contracted diseases such as AIDS, HPV, Hepatitis B, and Hepatitis C. Even Gonorrhea, which was earlier easy to cure, has turned resistant to many of the traditional antibiotics, and the best way to tackle and prevent these diseases is to have safe sex using condoms, though the usage of condoms does not guarantee full protection from STDs. Also, having a monogamous sex relationship with an unaffected person is another way to ensure sexual health.

However, the most common STD symptoms in men include:

Some of the less common STD symptoms in men include:

The STD symptoms in men occur days after a person has indulged in sexual activity with an infected person. And sometimes, the non-appearance of symptoms may lead most people to believe that they do not have an STD, but having regular screening tests for STDs, especially in individuals who are sexually active or getting checked for STD after indulging in unprotected sex with an unknown partner can help prevent the infection from getting worse and also prevent the spread of the infection to sexual partners.

The most common STD symptoms in women include:

The less common STD symptoms in women include:

In both men and women, the symptoms occur after a few days of exposure to the infection. Though the STD symptoms in men are different from the STD symptoms in women, it should be known that in both sexes, if the symptoms do not occur, the infected person can spread the infection to others through sexual contact. Regular, comprehensive STD screenings are a must for all individuals who are sexually active and those who indulge in unprotected sexual activity with multiple partners.