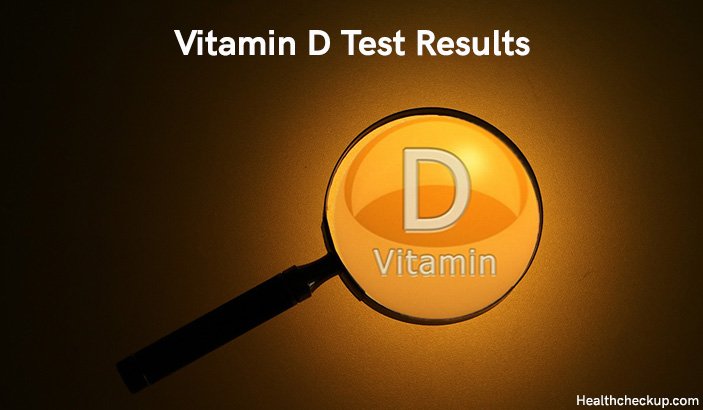 The human body requires various kinds of vitamins and minerals for proper functioning. Among the different kinds of vitamins, Vitamin D is an important one and required for healthy mind and body though it is not abundantly available in various kinds of food items. The important source of vitamin D is the sunlight and various vitamin D supplements. Patients suffering from vitamin D deficiency are recommended sun exposure as vitamin D synthesis is trigged by skin when sunlight falls on the skin. Bone health is highly dependent on the levels of vitamin D present in the body. Low levels of this vitamin might hamper bone health and many other functions of the body. Let’s under stand the meaning of Vitamin D test results and how to interpret them.

What are the Tests Required for Vitamin D?

Blood tests are carried out for testing Vitamin D levels in individuals. The name of the test that is used to determine levels of Vitamin D in the blood is known as 25(OH)D blood test. There are two categories in which this blood test is done. They are as follows:

This kind of vitamin D testing is ordered when the doctor suspects some kind of kidney disease or abnormalities in the enzymes which convert 25-hydroxyvitamin D to 1,25 –dihydroxyvitamin D. There are cases in which this test is done when calcium levels are high or when a person suffers from a disease in which excess of Vitamin D is produced by the body.

25-hydroxyvitamin D test is usually done for identifying possible deficiency of vitamin D in the body. When the doctor suspects low calcium levels or when there are clear symptoms of deficiency of vitamin D like bone weakness, bone malformation (particularly in children), fracture in case of adults (osteomalacia) or bone softness, this test is recommended.

Patients who are at a risk of Vitamin D deficiency are also the candidate for the test. It has been seen that homebound, institutionalized and older patients who do not have adequate sun exposure can develop vitamin D deficiency. Other kinds of serious patients might also have the same problem.

It is true that there are differences in vitamin D testing methods, but the reference values are determined as almost same by all laboratories. Cases of toxicity are rare in these kinds of blood tests. Therefore calculations are done for the lower limit and cut-off for total 25-hydroxyvitamin D (D2 + D3) for indicating deficiency.

If blood test levels are low in 25-hydroxyvitamin D testing, it is indicative of the fact that a person does not have enough exposure to sunlight. It might also happen that the abundant dietary vitamin D is not being met as per the demands of the body. There might also be chances that the intestines are not able to absorb Vitamin D in the best manner and hence the deficiency is caused. People who suffer from seizures are often given drugs like phenytoin (Dilantin) and these drugs have shown to interfere with production of 25-hydroxyvitamin D in the body.

There are medical evidences proving that deficiency of Vitamin D increases the chances and risks of various kinds of cancers, cardiovascular ailments and immune diseases.

In many people, the levels of vitamin D are very high. This means that the levels of supplementation via vitamin D supplement pills have been excess. Sometimes over exposure to sunlight might also lead to increased vit D levels in the human body naturally.

Health Problems That Might Arise With Vitamin D Deficiency

There are many health issues that might start coming up due to deficiency of vitamin D. some of them are as follows:

It is good to have vitamin D levels tested at least once in a year to ensure that it is within normal range.