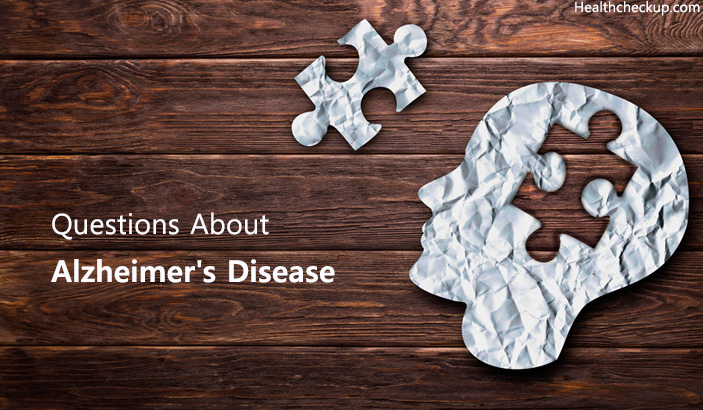 What is the Alzheimer’s Disease?

Alzheimer’s disease was originally identified by a German physician called Alois Alzheimer’s in 1907. It is a progressive neurodegenerative condition and one of the most common types of dementia that slowly declines a person’s memory, behavior, thinking and reasoning capabilities. The overall effect is that the patient is unable to fully perform simple day to day task and to effectively communicate.

The illness usually afflicts 1 in every 9 adults aged 65 and above and an overall estimation of about 5 million Americans. Alzheimer’s symptoms may appear in the 30s and mid-60s ages. The symptoms if not noticed and treated early develop slowly and can get worse over time causing the patient condition to get severe.

An Alzheimer’s test is a (SAGE) Self Administered Gerocognitive Exam that is made up of 12 questions that take a little time to complete. It is used to help to understand and find out if a patient possesses any symptoms of the Alzheimer’s disease. Doctors use this memory test to screen those people who possess some symptoms of Alzheimer.

Some of The Common Symptoms of Alzheimer’s Disease:

However, any presence of the above symptoms does not necessarily mean that Alzheimer’s disease is present; a complete diagnosis by a doctor is required.

With the Alzheimer’s disease, earlier the treatment the earlier the condition can be controlled before it gets severe. Studies show that many people usually delay for about 3-4 years on the onset of the Alzheimer’s symptoms before visiting a doctor.

Despite the Alzheimer’s disease being among the weightiest health challenges in the 21st century and the intense research done, there is no sure cure for Alzheimer’s disease. Any early test can help catch and also treat early Alzheimer symptoms.

Even though the disease has no direct cure, people with Alzheimer can easily manage symptoms at home.