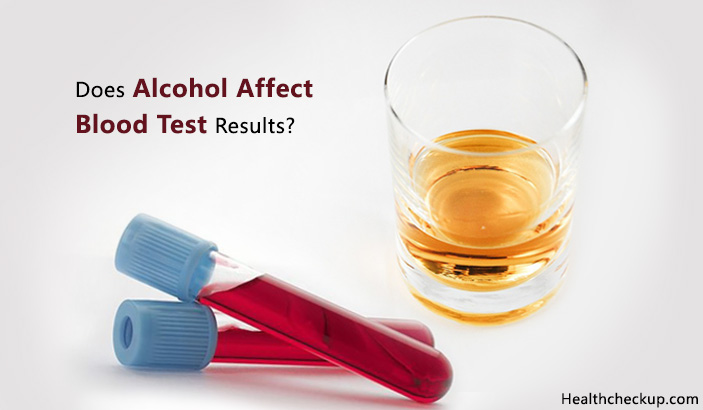 Alcohol is made up from ethanol and this ethanol is well taken produces harmful effects on our body. The metabolism of this ethanol takes place in the liver. When this alcohol is taken in excess it produces various changes in the liver which in turn produces changes in blood test when done. This change is seen in an increase in the level of liver enzymes like SGOT and SGPT and various other enzymes also.

When the alcohol is consumed most of the alcohol is metabolized by the liver and other organs like the brain, stomach, and pancreas also metabolize alcohol but at the little amount. In liver when metabolism process starts the product which is formed is called as Acetate which is formed by oxidation of acetaldehyde, which is then oxidized to form carbon dioxide (CO2). Even most of the alcohol gets escaped from the liver goes to the blood from which it goes to the heart, skeletal muscles and brain cells. This acetaldehyde is having a carcinogenic property and also has high toxic effects.

For those people who consume a lot of alcohol, there alcohol level in the blood test is also seen increased. It depends upon the time of consumption as alcohol can be detected in blood first rather than any other investigation. A breathalyzer is the fastest method and most of the police services use this method for the detection of alcohol. For those patients who are suffering from diseases like diabetes, they are advised not to take any kind of tea, coffee or alcohol before fasting blood test as it will give you an inappropriate result on which one cannot relay.

This alcohol metabolism is mostly controlled by genetic factors, variations in the enzymes in an individual which helps in the breakdown of alcohol, various environmental factors, and the total amount of an alcohol consumed with the nutrition level of a person.

Factors Which affects The Metabolism of Alcohol in body

There are many factors the metabolism and removal of alcohol with the time for the detection of alcohol in the body. These are as follows:-

At How Much Time Alcohol Can Be Detected in Our body

For detecting alcohol it mostly varies between person to person and the method by which the detection is done and what kind of chemicals is used for detection. Alcohol in blood disappears fast as compared with other like urine, saliva. There are many ways to detect alcohol in our body. These are

Excretion of Alcohol From the Body

After the metabolism of alcohol in carbon dioxide and water only 5% of alcohol is excreted from the body through saliva, urine, breathe feces and sweat. The metabolism of the alcohol mostly depends upon the function of the liver if the liver is not healthy than the excretion of alcohol will be less and the toxic substance will get accumulated in the body and will produce harmful effects.

These are common signs and symptoms for intoxication with alcohol. If the quantity is taken more than there can be alcohol poisoning. The symptoms include

If one found the above symptoms than doctor consultation is required otherwise there can be many more symptoms which can be present and can even lead to patient death.

Use of Alcohol Blood Test

How to Prepare for Good Blood Test Results

For a few tests, the patients were asked to remain to fast for the test which gives them an accurate result. Otherwise, most of the test can be done any time even after eating. Still, it is advised to avoid certain things which can produce an alteration in your results. As these substances alter the metabolism in the liver and affect the blood test. These are

If you are going for a fasting blood test then make sure you are avoiding these things so that your results can be accurate.

Fasting before the blood test may require for few tests because the food substance when entered into the stomach for digestion get absorbed in the blood which varies the results. These tests are

For those people who take alcohol occasionally, the effects on the body are almost negligible but when they have to go for alcohol level blood test for detection of alcohol than it will give you a positive result for the presence of alcohol in their bloodstream.

While for those patients who are under medical conditions are advised not consume alcohol before fasting blood test as it can produce wrong results for the test for which they are advised for a blood test. Consult your doctor and take alcohol occasionally and don’t make habit of it otherwise one has to face with the alcohol poisoning and this can even lead to death.