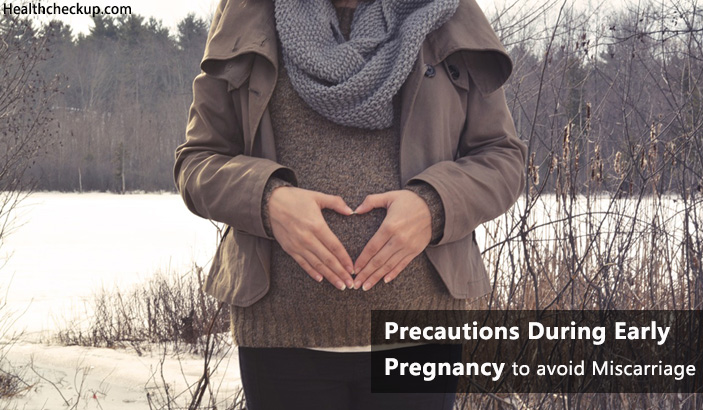 Motherhood is the best journey in any women’s life. It is commonly acknowledged that the journey of a mother starts from the very moment when she determines that she wants to become one. There are too many dreams and aspirations which start to build on from that very special moment. The phase of motherhood sees a lot of ups and downs. Some days are too bad to handle while some moments are too personal and enjoyable even to describe it.

The nine months of this journey goes through its own cycle of highs and lows. This is the most common thing which almost all mothers face. However, there are few mothers who are not that fortunate enough to experience all such highs and lows during the entire phase of pregnancy since they just could not hold their pregnancy. On a scientific note, the first three month or the first trimester is the most important and the risky stage of pregnancy. This is the time when most of the miscarriages happen. Miscarriages happen early in pregnancy.

Some of the foods which need to be avoided during early pregnancy in order to avoid miscarriages include:

While our traditional systems guide us in a lot many ways regarding what to do and what to eat apart from telling us what not to eat, it is important that we should be aware and knowledgeable about these things. This would help us make informed decisions. The field of medical sciences has developed to great extent. The invention of miscarriage preventive drugs is one such feat achieved by the field of medical science.

A well known English proverb says Prevention is better than cure. In case of a miscarriage, the pregnant mother is only at a loss without a chance of curing the loss she has had. Thus, it is advisable to follow certain physical precautions during her early pregnancy in order to avoid miscarriage.

Some of the precautions include eating a well-balanced diet for the healthy growth of the fetus, Exercising in moderation without stressing herself, limiting the intake of caffeine, avoiding drugs, quit smoking, and alcohol, managing stress in an effective manner, getting their blood sugar levels checked regularly and maintaining it under control, and maintaining caution while taking aspirin that too without consulting the doctor.

Miscarriage is a misfortune. Often, such misfortune strikes because of our negligence. Adopt the above mentioned precautions during early pregnancy to avoid miscarriage and gain a happy motherhood.