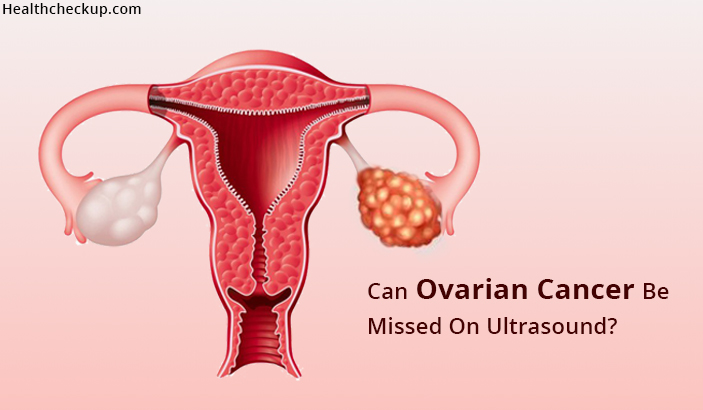 Can Ovarian Cancer Be Missed On Ultrasound?

Cancer has become a common buzzword these days and lot of researches is underway to detect the exact cause of cancer. Ovarian Cancer is a common type of cancer affecting women. In this type of cancer, the cancerous outgrowth starts at the ovaries of the women (women have two ovaries in their reproductive system, one on each side of the uterus) which can spread to other organs if not detected on time. However, it is difficult to detect ovarian cancer early and seldom gets undetected until the disease spreads to the pelvis and the abdomen.

In case the cancer is detected at the ovarian stage (when the disease is confined to the ovary), treatment is more easy and successful. During the advanced stages of the disease, the treatment can become fatal. There are precisely two types of screening tests to detect ovarian cancer – Transvaginal Ultrasound and CA-125 Blood Test. While most of the times, ovarian cancer does not get detected unless it spreads to the pelvic and abdominal area, the question is can ovarian cancer be missed on an ultrasound?

What Does an Ultrasound Show?

Usually, an ultrasound is used in order to create an image of the soft tissue structures present in the human body. This includes the image of organs such as kidneys, liver, gallbladder, pancreas, bladder, among other organs and parts of the body. Ultrasound is further used to measure the blood flow and detect blockages in the arteries of the human body.

Transvaginal Ultrasound or TVUS usually prescribed for screening and detecting ovarian cancer uses sound waves for looking inside the uterus, ovaries, and fallopian tubes. The process of TVUS uses an ultrasound wand into the vagina in order to find any mass or lump in the ovary or uterus, though not all the masses found would essentially be tumor. This is the most popular ovarian cancer diagnosis ultrasound suggested by the physician.

Can Ovarian Cancer Be Missed On Ultrasound?

Another important thing to note here is that the ultrasound can essentially detect a mass or tumor in the ovary but it can still not confirm whether the lump is malignant (cancerous) or benign in nature. Thus, the ultrasound then needs to be supplemented with CA-125 blood test which measures the amount of protein called CA-125 in the blood and women with ovarian cancer have higher presence of CA-125. Therefore this test becomes the acceptable and useful tumor marker, thus helping in treating ovarian cancer at an early stage. Follow-ups with ultrasound and repeat ultrasounds can cause unnecessary stress among women which can have a negative impact on the normal menstrual cycle of these women.

There are various instances where such an ultrasound has created a false alarm in the case of benign tumors and caused anxiety among women. Sometimes, such repeat ultrasounds have detected cysts or lumps that do not go away with time and appear bigger during repeat ultrasounds which have led to unnecessary surgery, though later the cyst was found to be benign (non cancerous). This has led to unnecessary pain, bleeding, and risk of infection.

Further, there have been other cases where ovarian cancer ultrasound among patients have detected to have normal “ovarian” cysts which at a later stage spread to other parts of the body, thus making the treatment both critical and fatal.