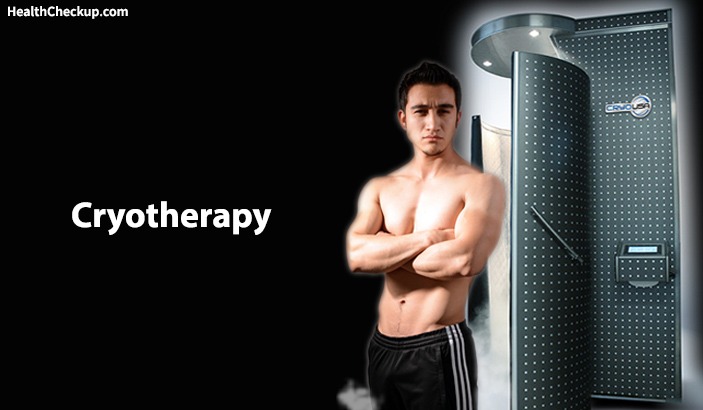 Prostate cancer is one major form of cancer that claims plenty of lives worldwide every year. Despite the advancements in radiation therapy, its recurrence rate has made the medical community worried. That is a reason they now opt for alternative therapies like Cryotherapy. It is a procedure in which very cold gaseous solutions or liquids are inserted to eradicate cancerous cells in the prostate gland. It is a less invasive procedure and so blood loss and risk of infection is also minimized. The recovery period is also shorter than that of radiation therapy. However, not every victim of prostate cancer may be deemed suitable candidate for this treatment. Cases of early diagnosis of prostate cancer are thought to be better suited for it. Doctors also analyze several health factors and medical history before suggesting it. Moreover, extensive controlled studies should be carried out before recommending it on a wide scale for treating cases of Prostate Cancer.

Cancer, as a fatal ailment, hardly requires any introduction nowadays, even to those who are not sound in clinical stuff. There are several forms of cancer that affect millions of women and men worldwide, and a majority of the victims succumb to the killer disease eventually. Among the various types of cancer, prostate cancer is deemed as a major killer. In both developed countries and so called third world countries, thousands of people get affected by it and die eventually. With time, newer treatment options for prostate cancer have emerged and Cryotherapy is one of them. While it is not like a miracle solution, a significant number of cancer specialists are opting for it to help people cope with prostate cancer.

What is Cryotherapy and Why Use it for Prostate Cancer?

The origin of Cryotherapy can be traced back to 19th-century London though at that time it was used in experimental basis to treat cancer of different types. It basically involves deployment of extremely cold temperatures to kill cancer affected cells in the human body. Application of liquid nitrogen was done for the first time in 1966. Later, doctors chose argon gas instead of applying liquid nitrogen for Cryotherapy procedure.

The comparatively higher recurrence rate of prostate cancer in the affected lot compelled medical community to look for alternative and more effective treatments than radiation therapy. On an average, 30% to 40% of the victims faced recurrence of the cancer and this is where experts believe the application of Cryotherapy may help. Cryotherapy for prostate cancer may work better in cases where radiation therapy fails to kill enough cancer affected cells in the body. Cryotherapy is a local treatment and so it is used to treat the prostate gland and no other parts of the male body. Cryotherapy treatment for warts has also become commonplace in recent times.

How is Cryosurgery for Prostate Cancer Performed?

In this procedure, a very thin metal needle or probe is inserted in the body’s prostate gland. It is done through a small incision that is performed between anus and scrotum in a male body. To ensure the urethra is protected from icy temperature of this process, a catheter is deployed to let a warm saline solution run.

The surgeon relies a lot on procedures like ultrasound throughout the procedure. Mostly freezing liquids like argon gas or liquid nitrogen is used to reach the prostate gland. This extreme cold temperature eventually freezes the prostate gland and also destroys cancerous tissues in it. Again, the surgeon resorts to ultrasound images to limit damage to prostate cells that are not affected by cancer.

Any type of living tissue, healthy or not cannot withstand exposure to extreme cold. In Cryotherapy, extreme cold gas or liquid is used to freeze the prostate gland. This leads to rupture of cell membranes and tissue damage. The affected cells eventually die. After the cancer cells get destroyed, the white blood cells play a key role in cleaning up those dead cells. Studies have also shown at this time the immune system actually attacks remaining cancer cells.

It is not without compelling reasons that the oncologists and experts are opting for Cryotherapy for prostate cancer. The inherent advantages of this procedure are:

What about The Cryotherapy Side Effects ?

Truth be told, no therapy for cancer is without the risk of side effects and the same is true about Cryotherapy. Based on cases, Cryotherapy side effects can be mild to moderate. There are some drawbacks that have been pointed out by a section of experts. These are:

Who are the Ideal Candidates for Cryotherapy?

Contrary to what you may think, not every victim of prostate cancer is deemed suitable for application of this procedure. The doctors have to take into account various facts and health history before recommending this procedure.

The Doctors May Advise for cryotherapy When:

Things You Should Know about Cryotherapy

If you are made to undergo this treatment with local anesthetic, the surgeon may also administer some sedative medicines to ensure you do not feel pain. Generally, eating food is restricted before undergoing the surgery, but you may be allowed to drink fluids. Keeping the bowel empty is necessary prior to undergoing this surgery. Sometimes, the patient is given a laxative drink to ensure this.

The cryptotherapy procedure may take an hour or a little more. After the procedure is over, the patient is sent to another room to rest. A catheter is used post-surgery to drain urine from the bladders. This can be required for a couple of days. Sometimes, you may have to take specific medication and antibiotics to ward off risk of infection or ease pain. Based on condition, the doctor may ask you to stay overnight. Checkups after surgery are also recommended. To know more on these, get in touch with a suitable oncologist in your locality.