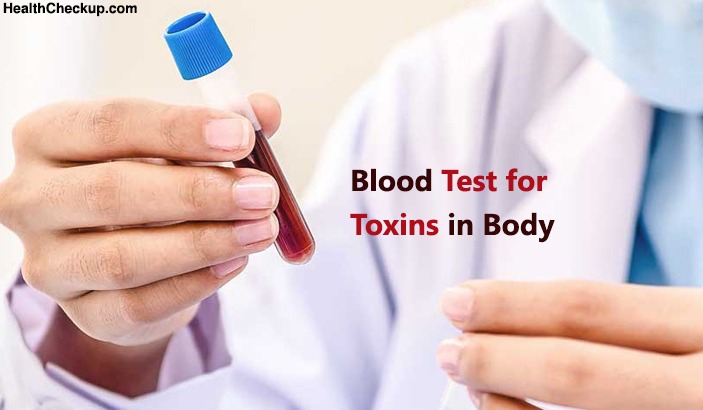 What Blood Tests are Required to Detect Toxins in The Body?

Toxins are poisonous and extremely harmful substances, which causes potential harm to the various organs in the body. Basically, the metabolism of toxins takes place in the kidney or in the liver and these are the organs that are most hampered by toxicity. Toxin exposure can take place in two ways

Liver and kidney sustain the damage and the toxins start to build up in the blood which results in severe symptoms. The only way in which toxins in the blood can be checked is through blood tests.

Blood Tests to Check Toxins in The Body

Mineral toxicity can take place in an individual and for this trace mineral testing needs to be done. There are strong and prominent signs and symptoms of mineral toxicity including diarrhea, nausea, skin rash, vomiting, seizures, peripheral neuropathy etc. If the problem of mineral toxicity remains undiagnosed and untreated, the consequences can be really severe and serious. Along with liver and kidney failure, the patient might go into septic shock and then coma.

When screening for drugs of abuse is done, there can be many reasons for the same. Such tests are done for legal purposes, before and after athletic performances, for medical reasons as well as for employment reasons. The screening in this test is done for detecting dissociative drugs, stimulants, sedatives and depressants, cannabinoids, opiates, sports doping drugs, psychedelics etc. Some of the most common kinds of drugs that are detected through this test include opioid painkillers, marijuana, anabolic steroids, LSD, PCP, alcohol, date-rape drugs, MDMA, methamphetamine etc.

After an initial screening, the results of the same are compared with regulated cutoffs for each kind of drug. A negative result is ascertained when the test reading is below the pre-determined cutoff mark. However, anything over the mark is treated as positive and this is when the problem begins.

Sometimes there are confusions as many illegal drugs have same chemical composition and structure similar to legal drugs. In such cases, other detailed and more specific and sensitive tests are done so that right results are obtained and there are no doubts regarding the results whatsoever.

We all have heard of heavy metals. But many of us do not know that heavy metals can cause toxicity when they get accumulated in the body in large concentrations. Metals with high density are known as heavy metals. Most of these metals occur naturally. Various kinds of useful products are manufactured with the help of these metals.

When the concentration of these heavy metals increases in the body and in the blood, various kinds of severe problems might take place. Organ failure is one of the most common results of the high concentration of heavy metals in the blood and body. Along with organ failure, this problem minimizes the body’s capability of manufacturing new blood cells. As a result, chances of developing various kinds of cancers are quite high.

During heavy metal testing in the body, blood is collected and stored in a metal-free container so that there are no chances of contamination or further metal addition. With analysis of the blood sample, it can be understood how much concentration of heavy metals is there in the blood. Some of the most common heavy metals that are detected include lead, chromium, mercury, arsenic and cadmium. Abnormal levels of these metals in the blood can cause various kinds of serious problems in the body.

Toxicological assessments are usually not done on regular basis and are not counted among blood tests that are done on a routine basis. These examinations are mainly done when a doctor suspects that a patent has overdosed on some kind of drugs. Sometimes clear signs and symptoms of poisoning and toxicity are also seen and the doctor immediately suggests toxicological testing and assessment.

The blood test for toxins in body helps in detecting high levels of drug dosage. It can be for prescription drugs or over the counter drugs. Along with these kinds of medicines, the tests can also detect toxicity from household substances, illegal drugs and alcohol. When there is mention of household substances for toxicity, it might include components like cleaning products, anti-freezing agents, methanol, insecticides, pesticides etc.

Assessments of toxicological cases are done on a stat basis. This means that the blood sample of the patient should be tested as quickly as possible in the laboratory so that prompt results are obtained. Until and unless the result from toxicology assessment is obtained, treatment cannot be started on the patient completely. Just basic treatments can be done to relieve the symptoms as much as possible. Delay in getting the results from toxicity blood tests can lead to extremely severe and even fatal consequences. There should be no delay in taking the patient to the hospital if you feel that there are symptoms of toxins in the blood.