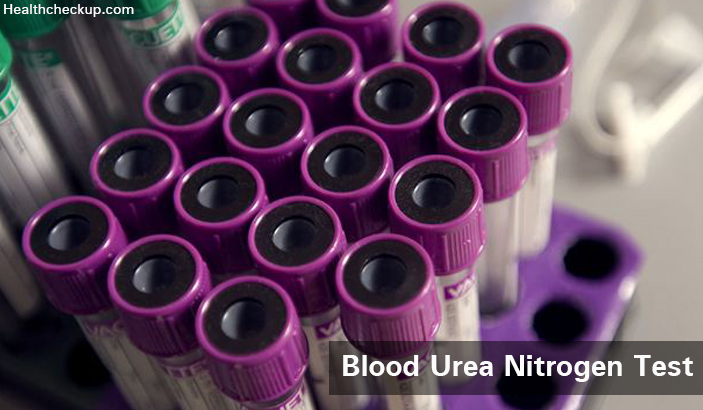 Why is the Blood Urea Nitrogen (BUN) Test Conducted?

Your doctor may order a BUN test for the following reasons:

Preparing for the BUN test

Before undergoing the test, it is important to inform your doctor about the medications you are on. The doctor may ask you to stop taking certain medicines for a certain period of time if he thinks that the medications may alter the results of the test.
If you’re only getting the BUN test done, then you can eat and drink before the test. But if you’re getting other blood tests done, your doctor may ask you to fast before getting the test done.

A lab technician will withdraw a sample of blood from a vein in your arm or on the back of your hand. You may feel a minor sting when the needle pierces through your skin, and it may feel a little sore afterwards, but you can get back to your usual routine almost immediately after the test. The results may take a few days to arrive from the lab.

Understanding the Results of the BUN Test

The results of the blood urea nitrogen (BUN) test measures how much BUN is present in your body. The normal range is 7 to 20mg/dL. You should talk to your doctor if the test results do not appear to be in the normal range.
Several factors can affect your BUN test results, so having a low or high BUN level may not be indicative of a health problem. Some factors that affect the BUN results include:

High BUN Levels may also Indicate Various Problems with your Kidneys. They can also be Indicative of:

Low BUN levels are very rare, but when they do occur they may suggest a problem in the liver, malnutrition or overhydration.
But a BUN test alone cannot be the final deciding factor for these conditions, therefore more tests will be needed to be done to arrive at the right diagnosis.

As mentioned earlier, a BUN test alone will not help diagnose any kidney problem, therefore your doctor may prescribe a creatinine test, another blood test that helps check the functioning of your kidneys. BUN levels when compared with the creatinine levels give a clearer picture of the functioning of the kidneys. It is known as the BUN/Creatinine ratio. The ideal BUN/Creatinine ratio is usually between 10:1 and 20:1.
Having a higher than normal BUN/Creatinine ratio is suggestive of poor blood flow to the kidneys, and the person could be suffering from congestive heart failure, dehydration or gastrointestinal bleeding. Whereas a ratio below the normal range could be due to a liver disease or malnutrition.

Symptoms that Prompt Doctors to Order a BUN Test

The blood urea nitrogen test is often ordered by doctors for patients exhibiting the signs and symptoms of kidney disorders, which include:

As mentioned earlier, a BUN test alone will not help doctors diagnose a disease. Abnormal BUN test results will prompt the doctors to order creatinine tests and urine tests.

The course of treatment for patients with abnormal blood urea nitrogen (BUN) test results depends on the cause and severity of the cause. Patients with organ failure will need intensive treatment, and may also need dialysis. If higher BUN levels are caused by high protein intake, then the patients are advised to limit their protein intake by avoiding protein-rich foods like meat, fish, beans and dairy and increasing their fruit and vegetable intake. Staying well-hydrated also helps prevent the build-up of BUN. High BUN levels are also associated with high blood pressure and diabetes. Controlling hypertension and high blood sugar may also help in bringing abnormal BUN levels to normal.