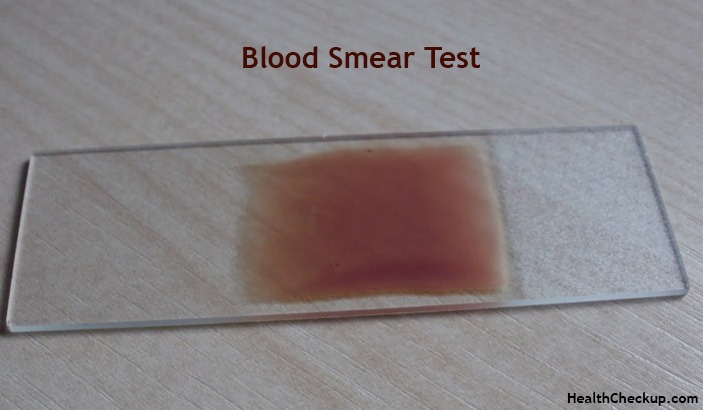 What is Peripheral Blood Smear Test? Purpose, Procedure and Results

The blood smear test is a simple procedure in which your health care provider draws a blood sample from the vein in your arm. The blood sample is sent to the lab where a drop of blood is spread thinly onto a glass slide and it is then treated with a special strain. This procedure is known as a blood film. Initially, the blood smear test was done manually using a microscope. But, with the advancement of technology, automated digital systems have become available that help to analyze blood smears in a more efficient manner. Blood smear test is a low risk procedure. And no special preparation is needed for this test.

Purpose of the Blood Smear Test

The blood smear test is often ordered in order to diagnose the cause of:

Preparations for the Blood Smear Test

It is important to discuss a few important points with your doctor before undergoing the blood smear test in order to avoid diagnostic errors.

Results of the Blood Smear Test

Normal and mature red blood cells have a size of 7 to 8 µm in diameter. Unlike other cells, the red blood cells don’t have a nucleus. They have around and flattened appearance with a depression in the middle. The RBCs appear pink or red in colour because of the presence of hemoglobin in the cells. Abnormalities in the shape and size of red blood cells indicate diseases such as:

The Two Most Common RBC Irregularities Are:

Platelets are fragments of cells that are developed from bone marrow cells called megakaryocytes. Platelets become activated during injuries and begin to clump together to form blood clots. An abnormally low or high number of platelets are evaluated through the blood smear test that helps to visualize any abnormalities in the shape or size of the platelets.

Consult with your doctor about the blood smear test results in detail in order to understand your problem and decide your course of treatment.