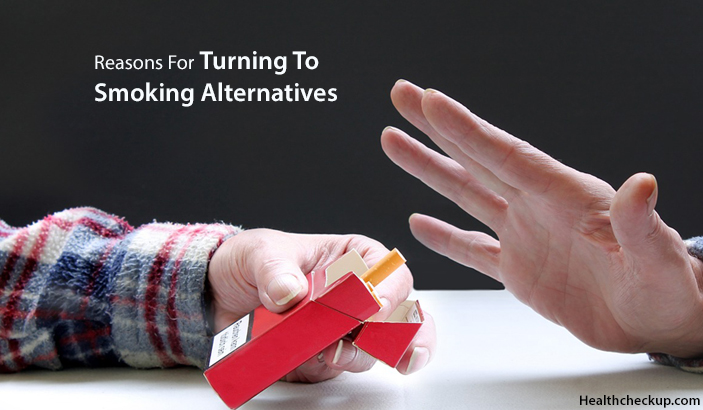 4 Reasons For Turning To Smoking Alternatives

Smoking is a relatively new concept in the western world. More specifically, Europeans came across it in the 1500s when they sailed to the Americas. They adopted this practice, and then they spread it worldwide. However, their way of smoking differed from the traditional practices of North American tribes. These tribes smoked tobacco pipes during sacred ceremonies or solemn discussions. In contrast, Europeans smoked tobacco casually. Today, the West is abandoning its use of this product. Here are 4 reasons people are turning to smoke alternatives.

1. The Cost of Smoking

Purchasing a pack of cigarettes every day translates to a cost of approximately $177 per week or $9,200 in a year. That is an astronomically high figure given that the average rent for a studio apartment in California is $1,680. In other words, you can pay five months’ rent for a studio apartment in California if you stopped smoking for a year. Avoiding unnecessary costs is one of the principal reasons for switching to smoking alternatives.

One of these alternatives is vaping. E-juice, which is necessary for vaping, goes for less than $25 (100ml bottle). The average person uses up 10 ml in a week. That translates to a cost of about $2.5 a week. In contrast, cigarettes cost $177 over the same period.

2. The Risk of Addiction

In 2015, Medical Daily reported that smoking is the number one addiction worldwide. More specifically, this report stated that abandoning this habit is a challenging experience for over 22.5% of the global population. These figures seem credible because the CDC reports that smoking leads to six million deaths annually. That means smoking is the leading cause of avoidable death worldwide.

3. The Variety of Flavors

Four companies dominate the US cigarette market. This dominance reduces their incentive to innovate. In other words, they feel as though creating a variety of products is an unnecessary undertaking for them. For example, the varieties produced by one dominant player are flue-cured, burley, and oriental tobacco in addition to menthol cigarettes.

Surprisingly, this firm earned more than 6.341 billion in revenue in 2017. However, people are now turning to alternatives for cigarettes because they want a broad range of products. E-cigarettes have this broad range. They can start with cheap premium vape juice, which is in now available in an almost infinite number of flavours.

Did you know that second-hand smoking causes ear infections, respiratory illnesses, and accelerated asthma attacks in children? It also leads to heart disease, lung cancer, and strokes in adults. These effects on second-hand smokers result from the fact that traditional cigarettes release toxic substances into the environment. They also release nasty smells that irritate many non-smokers especially when these smells stick to their clothes or upholstery.

In contrast, e-cigarettes do not release bad odour or smoke so you can use them without irritating the people around you. Many people prefer using this non irritating alternative to smoke emitting cigarettes.