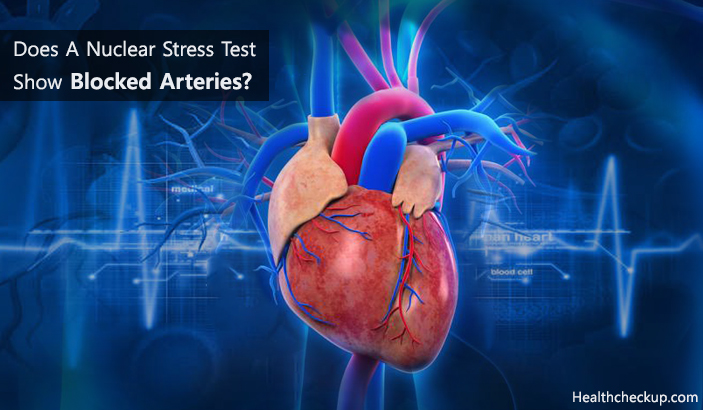 The incidence of coronary artery diseases has risen rapidly in recent years. It is also one of the leading causes of deaths worldwide. Simultaneously, non-invasive techniques in cardiac imaging are being developed which enable early detection and treatment of patients.

A nuclear stress test is an efficient tool to detect blocked arteries of heart by obtaining images of the heart and its arteries during rest and shortly after exercise.

A nuclear stress test is done in two phases to compare coronary blood circulation during rest (resting scan) and during exercise (stress scan). Scanning in both phases is done after injecting a radionuclide dye through an intravenous catheter. Areas of blocked arteries will appear as “Defects” or “Cold Spots” because these areas are unable to absorb the dye.

This cardiac imaging tool not only has a diagnostic ability in early detection of blockages of coronary arteries but is also of prognostic value. With the introduction of pharmacological stressor agents, a nuclear stress test can be safely performed in patients who are not eligible to undergo a normal stress test.

This feature enables its applicability in almost all kind of patients. Yet, exposure to radiation remains a potential cause for concern. Newer gamma cameras, however, provide high-quality images with minimum risk of cc.

How Does A Nuclear Stress Test Show Blocked Arteries?

A nuclear stress test can be performed during a hospital stay or as an out-patient procedure. Before beginning the procedure, the patient is asked to remove all ornaments and change into a dress provided by the scan centre since they may interfere with imaging.

An intravenous catheter is placed on one arm and a blood pressure and pulse monitor on the other arm. Chest leads are applied and connected to an electrocardiogram (ECG). The following two procedures are used to complete a nuclear stress test to detect blocked arteries

At the end of both procedures, ECG leads are disconnected once the heart rate and blood pressure are again recorded at baseline readings. For scanning, a gamma camera placed above the scanning table takes images of the heart and its arteries in various positions.

It is important to report any unusual signs and symptoms during the procedure such as chest pain, shortness of breath, rash, dizziness or severe fatigue.

What To Expect From Blocked Arteries?

Atherosclerosis is the term used to explain blocked arteries resulting in heart attacks and strokes. This multi-factorial disease is a leading cause for deaths in developed countries and a major burden to the healthcare sector in developing countries.

When the inner lining of medium to large size arteries is injured due to mechanical or environmental factors, inflammatory response develops within the blood vessel.

This leads to an abnormal accumulation of inflammatory cells, lipids and proliferation of smooth muscle cells inside a lumen of medium and large-sized arteries. This lesion is called a Plaque. Progressive development of vascular lesions over a long period of time results in reduced or obstructed blood flow to dependant tissues and muscles.

Certain Risk Factors For Having Blocked Arteries Are

Patients with atherosclerosis remain asymptomatic for a long period of time. The process of atherosclerosis usually begins during the second decade of life and affects major arteries.
Atherosclerosis can affect arteries of any part of the body. Eventually, signs and symptoms will appear in correlation to the part affected.

Signs And Symptoms For Blocked Arteries In Heart Are

Formation of a block within arteries is called thrombosis. Sometimes, a part of this thrombus detaches gets carried by a flow of blood and tends to block smaller blood vessels. This is called embolism.

Other Tests To Detect Blocked Arteries

The prime aim of diagnosis of blocked arteries is to detect their presence and extent before the appearance of clinical signs and symptoms.