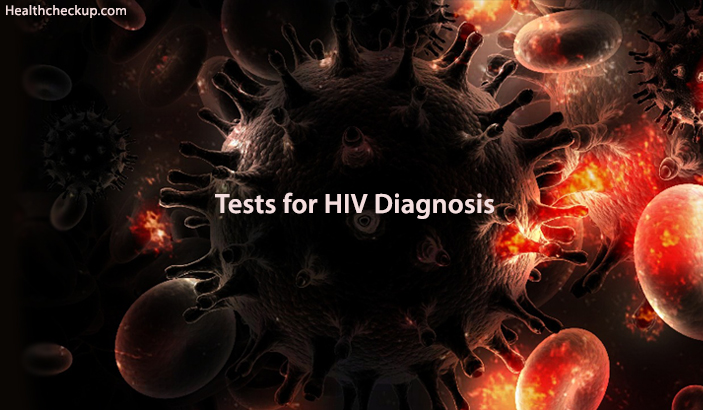 Tests for HIV diagnosis look for the presence of the virus itself, or the antibodies produced to fight the virus. The difference between HIV and STD is minimal. HIV is a type of Sexually Transmitted Disease. It affects your body’s primary form of defence which is white blood cells.

HIV targets CD4+ cells that are vital for immune resistance. When the number of CD4+ cells in your body becomes too low, the body cannot effectively combat illness or bacteria.

The initials HIV mean Human Immunodeficiency Virus. There are a number of tests for HIV diagnosis available at different healthcare outlets. The HIV virus is spread through bodily fluids from an infected person.

The second method of HIV transmission is through wounds and skin injuries coming into contact with blood from an infected person. Another avenue of blood transmission for HIV is drug abuse.

The third major route of HIV transmission is from mother to child. This can be through birth where the vaginal fluids and blood of an infected mother come into contact with the child. Infection can also take place post-birth. An infected mother can pass the disease on to the child while breastfeeding.

What are the Symptoms of HIV?

As the Disease Progresses, Some Other Major Signs and Symptoms May become Noticeable. They may Include

How to Prepare for HIV Diagnosis Tests

The testing for Human Immunodeficiency Virus is simple. There is not much to prepare for. You only need to visit any professional healthcare facility and get tested. Factors that you can consider are;

There are a number of different HIV test types carried out for a full and conclusive diagnosis. They vary depending on the mode they are carried out. They are Elisa test, Home tests, Viral Load tests, Saliva tests and the Western Blot test.

Ask a doctor for the best and most suitable HIV test for you. Availability of the test and the level of accuracy needed are important factors. The incubation period of the HIV virus will also be considered while settling on the type of HIV test you will have.

The various tests for HIV diagnosis that you may encounter during your health checkup have different procedures.

The Screening Test for HIV infection looks for antibodies. These are proteins released by your body to fight the HIV virus. If these antibodies are found in your body, then it means you are HIV positive. This test gives accurate results after the 12 th week of infection.

RNA tests for HIV diagnosis look for the presence of the virus itself. Viruses do not have DNA. They contain RNA strand(s) as their nucleic acid templates. It is the presence of these RNA strands in a sample taken from you that confirms you have HIV. The accuracy of RNA testing is unmatched. It is the third and final of the medical tests for HIV diagnosis.

HIV test result time varies depending on the test type taken. It can be as little as 15-20 minutes. Other tests may take up to three days.

After going for an HIV test, there are two possible outcomes. If the result is positive, it means that you have contacted the virus. You should ask a doctor for medical advice and begin taking medication immediately.

If the test results of an HIV test are negative, this means you have not yet contacted the virus. However, symptoms of the virus take a while to. There should be at least two more tests taken six months apart. This will provide full and conclusive results regarding your HIV status.

How Long Do HIV Tests Take?

Tests for HIV diagnosis are relatively short and the procedures easy. The HIV test results time for the common test for HIV is usually minutes.