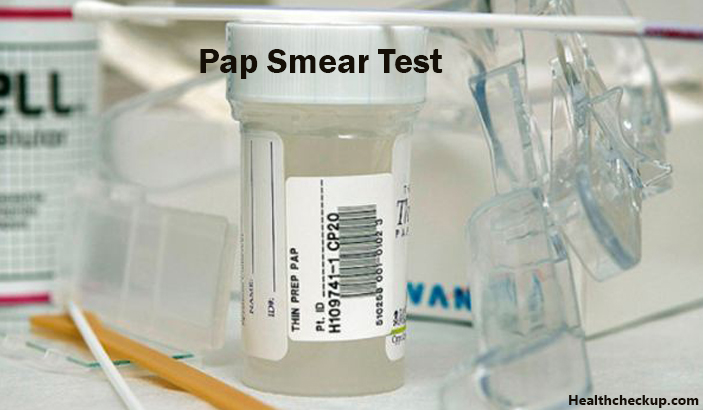 Cervical cancer has been found to be the fourth most common cause of cancer-related deaths among women globally. Pap smear test results show the presence of abnormal, precancerous or cancerous cells in the cervix, which is the lowest part of the uterus that opens at the top of the vagina.

Regular Pap smears can help detect cervical cancer. A Pap smear test is essentially the microscopic examination of cells scraped from the uterine cervix. Risk factors for cervical cancers include circumstances that increase the chances of being infected with Human papillomavirus (HPV) and other factors including:

What Is A Pap Smear Test For?

A Pap smear is a simple, quick, and usually, a painless screening test used to detect cancer or precancer of the uterine cervix. Pap is actually the shortened form of the name of the doctor who developed this important screening test. The Pap smear test involves collecting a few cells from the cervix and observing them under a microscope. A Pap test is used to recognize any abnormal changes to the cells in the cervix that, if left untreated for a long time, could develop into cancer. The test can also detect certain viral infections such as the human papillomavirus that is known to cause cervical cancer. It would be delighting for women to know that most cell changes are not very dangerous and will either clear naturally from the body or will go away with the right treatment.

[Read: What Are The Effect Of Abnormal PAP Smear Test ] 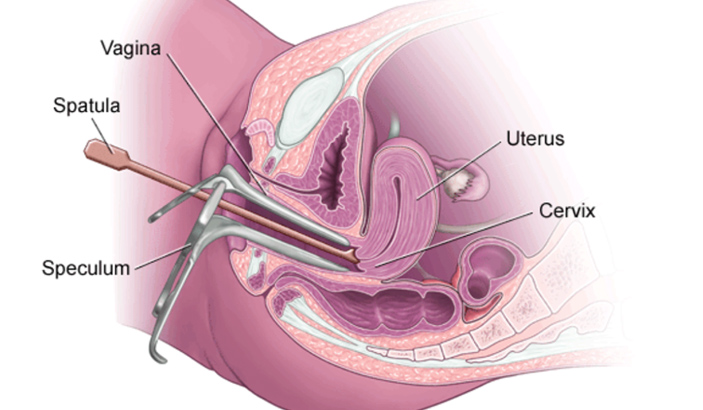 A Pap smear is usually a part of a pelvic examination and is accompanied by a breast examination conducted by a gynecologist. A Pap smear test usually takes a minute or two to be performed and is usually conducted in the doctor’s office. During the procedure:

Most women feel nothing at all while the test is being conducted, but a few of them may feel a little pinch or pressure. Staying relaxed and breathing slowly and concentrating your stomach and legs might help avoid any discomfort. If you feel excessive pain in spite of trying to relax during the procedure, you should inform your doctor.
Also, a woman may experience a small amount of spotting immediately after the procedure, but excessive bleeding is abnormal and should be reported to the doctor right away.

Who Needs a Pap Smear and How Often?

It is usually recommended for women aged between 21 to 65 years to repeat Pap testing every 3 years. Women aged 30 years and above can change the frequency of Pap testing to once in 5 years if the procedure is combined with the test for HPV.
If you have certain risk factors such as:

For women aged 65 years or more, Pap testing is no longer required if their previous test results have been negative.

The result of a Pap smear test is said to be negative when only normal cervical cells were discovered during your Pap smear, and additional tests or treatment won’t be required until you’re due for your next Pap smear.

The following are the terms used to describe your positive test results, along with the next course of action that will be needed:

Squamous cells are thin and flat cells that grow on the surface of a healthy cervix. In the case of ASCUS, the Pap smear shows abnormal squamous cells, but the changes in the appearance of the cells do not indicate that the cells are precancerous. Your doctor will reanalyze the sample with a liquid-based test to examine the presence of cancer-causing viruses such as HPV. If no dangerous viruses are present, the patient should not be worried, but if the test shows the presence of high-risk viruses, further tests will be conducted by the doctor.

This term indicates that the cells collected in the Pap smear may be precancerous. If the changes in the size, shape and other characteristics of the cells are minor, the precancerous lesion may take years to turn cancerous. But, if the changes are major, then the lesion may turn into cancer in a short time. Therefore, additional diagnostic testing will be necessary.

If atypical glandular cells appear in the smear, it is unclear if they’re cancerous. Further testing will be required to determine the cause and the significance of these abnormal glandular cells.

This result suggests that the cells in the Pap smear are so abnormal that the cytologist is almost sure that cancer is present.

If your Pap smear test results are abnormal, your doctor will perform ‘colposcopy,’ a procedure in which a special magnifying instrument called the colposcope is used to examine the tissues of the cervix, vulva and the vagina. Your doctor will also take a tissue sample from any areas that appear abnormal, and send it to the laboratory for a definitive diagnosis.