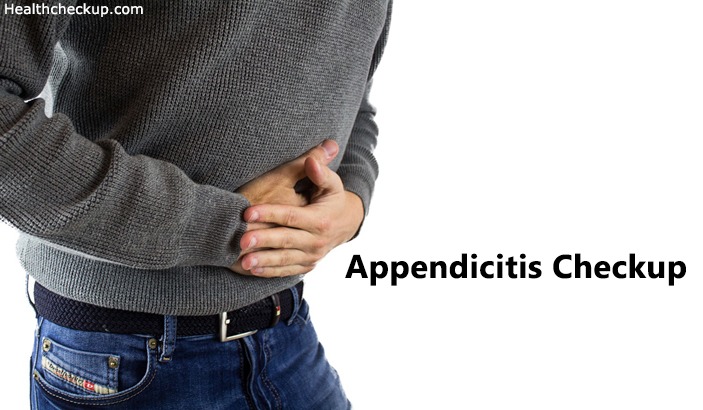 Causes, Symptoms and Treatment of Appendicitis

Sometimes, organs and body parts that are apparently not vital for living a healthy life may lead to health complications, necessitating prompt medical intervention. One such instance is Appendicitis. This denotes inflammation of the appendix which is a small tissue tube extending from the large intestine. Its role in maintaining healthy constitution is unclear, though some reports indicate it has a role in preserving gut immunity. Appendicitis is regarded as a medical emergency which is resolved by prompt surgical intervention to remove an inflamed appendix. Left untreated, an inflamed appendix may lead to fatal consequences. That is why proper Appendicitis Checkup is required.

Appendicitis may occur at any age in both genders.However, the condition is mostly seen in persons between 10 and 30 years. Appendix blockage is what mostly leads to formation of Appendicitis. It may get blocked by stool, cancer or even swelling caused by an infection etc.

It is important that you learn about major appendicitis symptoms. The main symptoms include:

When you have such symptoms, it is necessary to seek medical attention quickly. Proper diagnosis of appendicitis symptoms is important as is operation.

Diagnosis and Treatment of Appendicitis

Diagnosing appendicitis may not be easy since some signs of appendicitis are similar to symptoms of ailments like UTI, gastritis, ovary disorders and gall bladder issues. There are a number of appendicitis tests that are carried out to confirm its occurrence in an individual. These are:

Sometimes, one test may not exactly indicate appendicitis and doctor may advise carrying out several tests to reach a conclusion. It also depends on condition of the inflamed appendix in the person.

It is important that you learn about risks and results of appendicitis treatments. For almost all instances, the standard treatment is surgical removal of the inflamed appendix from the body of affected person. The surgery is known as appendectomy. However, if the appendix leads to formation of an abscess in body, first the abscess is removed and it is followed by appendectomy. In some cases, antibiotics may be used in lieu of surgical interventions to treat appendicitis.

Antibiotics are administered to the affected person prior to the appendectomy. In many cases, doctors rely on General anesthesia and incision or Laparoscopy is used to remove the inflamed appendix. The patients are allowed to return home in less than a day. Within 2 weeks or so after the surgery, the patients can resume normal life.

There is exactly no way to prevent onset of appendicitis. But, it is said that resorting to fiber rich foods can lessen risk of its occurrence. While removal of appendix does not lead to any significant health problems in both genders, risk of some diseases may get increased, such as Crohn’s disease.

After an appendectomy, patients are advised to rest for recovery. The recovery duration ill vary based on procedure and type of anesthesia administered. In cases of laparoscopic appendectomy procedures, the recovery is faster. At times, doctors may give pain medication. The diet may be liquid for first day post surgery and then solid food may be given gradually. Once you return home after discharge from hospital, bathing care should be taken for incision to heal. If there are surgical staples and stitches on abdomen, the doctor will remove those in a follow up visit. The adhesive strips, if used, will fall off within a few days. You should evade strenuous activity after the surgery for some days.

If Appendicitis Checkup and diagnosis is done in time, followed by the operation recovery from appendectomy is not lengthy or tedious. You should report any persistent pain or swelling of skin to the doctor during this phase. It is advisable to take recommended pain killing medications and take rest until the doctor advices resuming normal life.