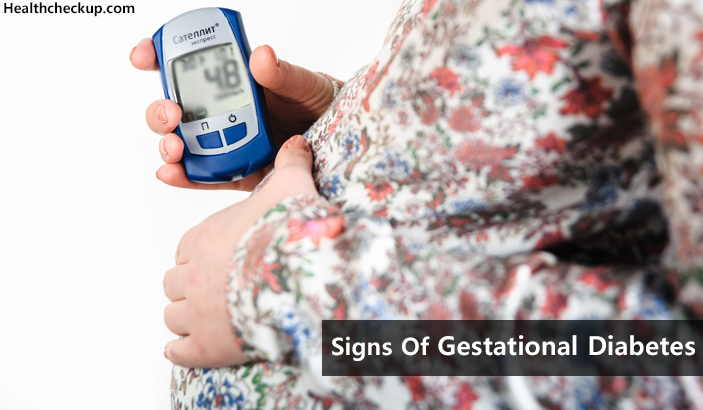 What is Gestational Diabetes?

Gestational Diabetes is the medical condition where blood sugar increases in a pregnant mother. This medical condition arises when the body of the pregnant mother cannot produce adequate levels of the hormone, Insulin, which help in controlling the levels of sugar in blood in human body. Especially in case of gestational diabetes, the levels of insulin produced by the body are inadequate to meet the extra needs of pregnancy. However such diabetes usually subsides and disappears after the birth of the child. It is important to understand the warning signs of gestational diabetes during pregnancy so that the risk of such gestational diabetes can be managed effectively and timely.

Gestational Diabetes can usually occur during any stage of pregnancy depending on the physical and physiological conditions of the pregnant mothers. However, the condition is more prevalent in the later stages of pregnancy, especially the second half of the pregnancy.

Gestational Diabetes poses threat to both the mother and the baby in the womb of the mother. Such threats would certainly persist until the birth of the child and might continue even after childbirth. Therefore, it is essential to identify and manage gestational diabetes as soon as possible to avoid such risks and threats.

Gestational Diabetes is quite common these days given the sedentary lifestyle we follow. According to statistics the probability and prevalence of gestational diabetes among pregnant mothers are as high as 9.2 per cent. Though the exact cause of gestational diabetes is still a topic of research, scientists believe that the placenta which connects the baby to the mother and provides all the necessary hormones to the baby which helps the baby grow. The same placenta and the hormones supplied can possibly inhibit the action of insulin in the mother’s body which makes her body insulin resistant.

In case, the woman is found to be in the risk category, the gynecologist usually suggests an Oral Glucose Tolerance Test (OGTT). This test usually takes two-three hours. This test for determining gestational diabetes include having a blood test while the pregnant woman is fasting (blood is taken in the morning while the stomach is empty, only water can be consumed after confirming with the required physician).

After the blood test, a glucose drink is provided to the woman. Once the drink is consumed, another blood sample is collected after two hours in order to understand how the body deals with such intake of glucose. Considering the risk of gestational diabetes, OGTT can be repeated again between 24 to 28 weeks of pregnancy.

Gestational Diabetes, just like any other diabetics patient needs to follow a strict diet pattern in order to control the symptoms. The specific diet for gestational diabetic patient needs to plan considering the weight of the woman, height of the woman, a physical activity the woman engages into, personal food preferences, and the needs of the growing baby within the woman. The diet is also planned based on the levels of glucose intolerance according to OGTT. Some of the general diet and dietary habits prescribed for gestational diabetes include

Following such a dietary pattern along with increasing the physical activity would help the pregnant women keep the warning signs of gestational diabetes during pregnancy under control.