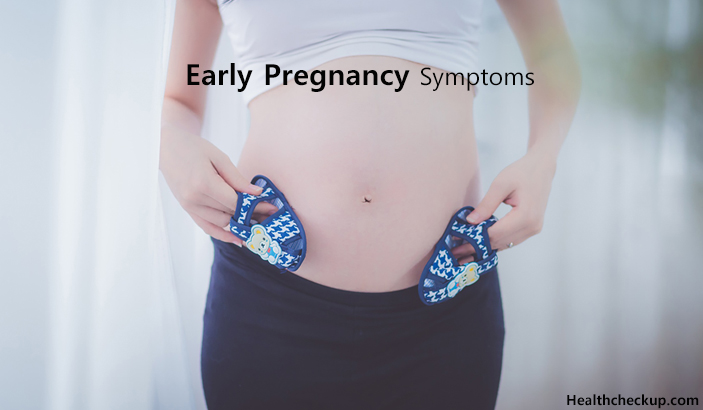 The human body is incredibly complex and complicated, and pregnancy is one such state that proves so. Every woman wants to enjoy the beauty of motherhood. Are you planning to start new innings in your life by entering the motherhood journey? Do you have any idea of what the early pregnancy symptoms are? Pregnancy brings a massive transformation in a woman’s physical as well as an emotional state.

If you are pregnant, you can experience varying signs of pregnancy at the very beginning and then reconfirm it by consulting your doctor and go for the pregnancy tests. There are many so many different indications that confirm that you are pregnant. Let us find out what the early pregnancy symptoms are that almost all pregnant women in the world experience. In case, you have not experienced any such signs, don’t worry, every woman is different.

In case you have a regular menstrual period, and you happen to miss it in the last month, there is a big possibility that you have conceived. A missed period is one of the early pregnancy symptoms that you experience during the 4th week. But missing a period doesn’t always indicate that you are pregnant. Irregularities can occur if you develop polycystic ovary syndrome, undergo certain medication, hormonal misbalance or any eating disorder. But if you have your doubts, go for a pregnancy home kit and make your appointment with the doctor.

2. Tender and Swollen Breasts along with Sore Nipples

Tenderness and swollen breasts and sore nipples are the early pregnancy symptoms that you experience one or two weeks after conception. This is one of the indications that you have entered a different phase in your life, motherhood. It is the change in your hormones that make the breasts soft, bigger and swollen. In fact, you might feel little tingy as well. From the very initial days of your conception, your body starts preparing to bear a child and bring in the transformations physically. There are several women who ignore this sign of pregnancy.

Every pregnant woman will notice significant changes in their breast region. Apart from becoming tender, you will also notice that the areolas, the circles surrounding the nipples getting swollen, darken and widen as well. This change takes places within a first few weeks of your pregnancy, and it is amongst the excellent early pregnancy symptoms that women can notice. Such a change takes place to prepare your breast for nursing your baby after the delivery.

According to a study, nearly 25% of the pregnant women around the world experience light bleeding, or what is known as spotting, in the first few weeks after conceiving. The color is lighter that your normal menstrual blood and is more in the brownish or pinkish shade. There are several women who miss out to notice it and consider it as their normal menstrual blood. But there is a reason behind the spotting. It takes place usually after 6 to 12 days after the conception when the fertilized egg gets implanted. Spotting is common amongst the early pregnancy symptoms in the first 12 weeks of your pregnancy, and there is nothing to worry about.

During the first few weeks of your pregnancy, your body produces a hormone, known as HCG or Human Chorionic Gonadotropin. It is this hormone that is responsible for the blood flow increase in your pelvic region. Hence, you have a constant urge to urinate and empty your bladder all through the day. Unfortunately, you will be experiencing it all through your pregnancy. It is understandable that pregnant women get irritated and frustrated due to it. This is one of the classic early pregnancy symptoms.

6. Cramping in the Lower Abdomen

Cramping in the lower abdomen is a very common post menstrual syndrome. But a similar kind of cramping is experienced during the first few weeks of the pregnancy. It is quite a confusing situation as pregnancy might not be in your mind when you are pregnant, and consider it as the normal PMS effect like every month. This is amongst the early pregnancy symptoms that you have during the first few of pregnancy because the normal size of the uterus is expanding and preparing the body for your baby.

Nausea and vomiting or either of the one symptoms can start occurring anywhere between 2 weeks to 8 weeks after your conception. These early pregnancy symptoms are popularly known as the “morning sickness,” and the majority of the pregnant women suffer from it in some degree or the other. Though the name suggests morning sickness, it can occur at any time of the day. Some women experience excessive nausea and vomiting, and their normal life gets disrupted because they seem to be bedridden and are unable to eat food properly.

Are you feeling unusually tired and fatigued than your normal times? You are neither sick nor have you executed any physical task, right? It could take one of the early pregnancy symptoms that you might be having. Women tend to be experiencing more tiredness and fatigue usually in the first few weeks after conception. The reason behind these early pregnancy symptoms is that our body produces more progesterone hormones that help in the growth of milk glands in the breasts. Moreover, it is during the pregnancy that your body tends to pump more blood to the fetus and deliver the nutrients.

9. Cravings or Aversions for Food

If suddenly you start to have cravings for a specific type of food or dislike for a certain food item, there is a possibility that you have conceived. It might also happen that you simply won’t be able to tolerate any particular kind of aroma or smell. Cravings and aversions for different food items often throughout the pregnancy period. Such early pregnancy symptoms can be quite challenging for your partner as he will get confused regarding your likes and dislikes for food.

There are ladies who suffer from light to acute headaches during their early pregnancy period. Having a sudden headache without being sick or having any ailment might be an indication that your body is internally transforming and you might be expecting. The reason behind the headache is the change in the hormonal level in your body. It is better to get checked whether you are pregnant or not on experience because you cannot pop any pain killer or medicine during your pregnancy.

Do you notice sudden shortness of breath while walking, running or going up and down the stairs? This is because you might be pregnant and the growing fetus demands more oxygen, leaving you breathless. Unfortunately, this is amongst the early pregnancy symptoms that you will experience throughout your pregnancy period because the uterus will continue growing in need of oxygen.

Recently, are you noticing backache every now and then? Well, it is not a matter of concern if you don’t suffer from backache usually. Due to pregnancy, the ligament is loosening and you will be experiencing even more acute back pain as the days will progress with your increase in weight. Due to the bulging belly your centre of gravity shifts and this also is the reason behind the continuous back pain.

It might sound strange to you, but constipation and bloating are amongst the early pregnancy symptoms. During pregnancy a lot undergoes transformation, both internally and externally. You suffer from bloating and constipation issues because your digestive system is affected as well. The digestive system gets slowed down due to the excessive production of the progesterone hormone. Hence, you will feel puffy and heavy all the time.

Of late, you seem to be irritated too quickly at trivial matters, right? Well, blame your pregnancy hormones for all the mood swings. Due to the rapid changes of hormonal level in your body, you will be experiencing sudden mood swings. Though you might not understand, but your partner has to deal with your surprisingly roller coaster moods. After the confirmation of your pregnancy, ask him to be prepared for sharp mood swings every now and then as part of your early pregnancy symptoms.

16. Dizziness and the sense of Fainting

It is likely that you have seen movies where the heroine is suffering dizziness and fainting as early pregnancy symptoms. However, this is not fancy thing that is being shown in a fiction and is a reality instead. Because of the nausea and vomiting, you are not able to eat properly. As such nutrients are not received and you suffer from low blood sugar and low blood pressure spells, you get dizzy and even faint in certain situations. It is advised that you must eat properly.

There are some women who complain about experiencing a metallic taste in their mouth. Though this is amongst the early pregnancy symptoms there aren’t any valid reasons for experiencing such a strange and weird taste in the mouth. This is an experience that every pregnant woman doesn’t feel. In case, you are experiencing it, probably you are expecting.

During pregnancy, there are women who develop high sensitivity towards smell. This is amongst the very common early pregnancy symptoms. There are a few researchers who believe that women tend to acquire such a quality of smell sensitivity because it bars them from eating food that are spoiled. Hence, the unborn child is guarded as well against harmful toxins. Sensitivity to smell can also be regarded as one of the several pregnancy super powers.

The pregnancy hormones have a huge role to play in the transformation of your body and mind as well. If you notice that recently you have been dreaming a lot and they have all intensified with more drama, there is a chance that you are pregnant and the hormones are responsible for such vivid dreams.

20. Cravings for Sex or no Sexual Interest

Often it has been found that conception has made women urge for more sex. If such is the case with you, it could be an early pregnancy sign and you must get it confirmed with a home pregnancy test kit first. On the other hand, it could also happen that the pregnancy hormone has completely eliminated the sex drive away from you. Don’t worry; things will be normal very soon.
If you experience these early pregnancy symptoms, it is most likely that you are pregnant and expecting a baby. To be 100% sure get a home pregnancy test and then consult your doctor. 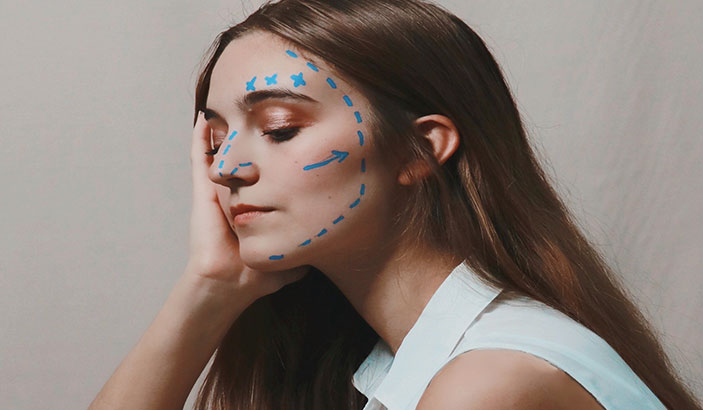 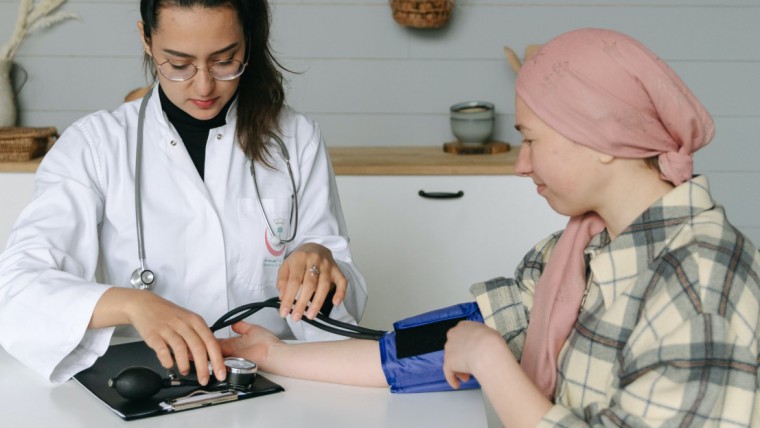